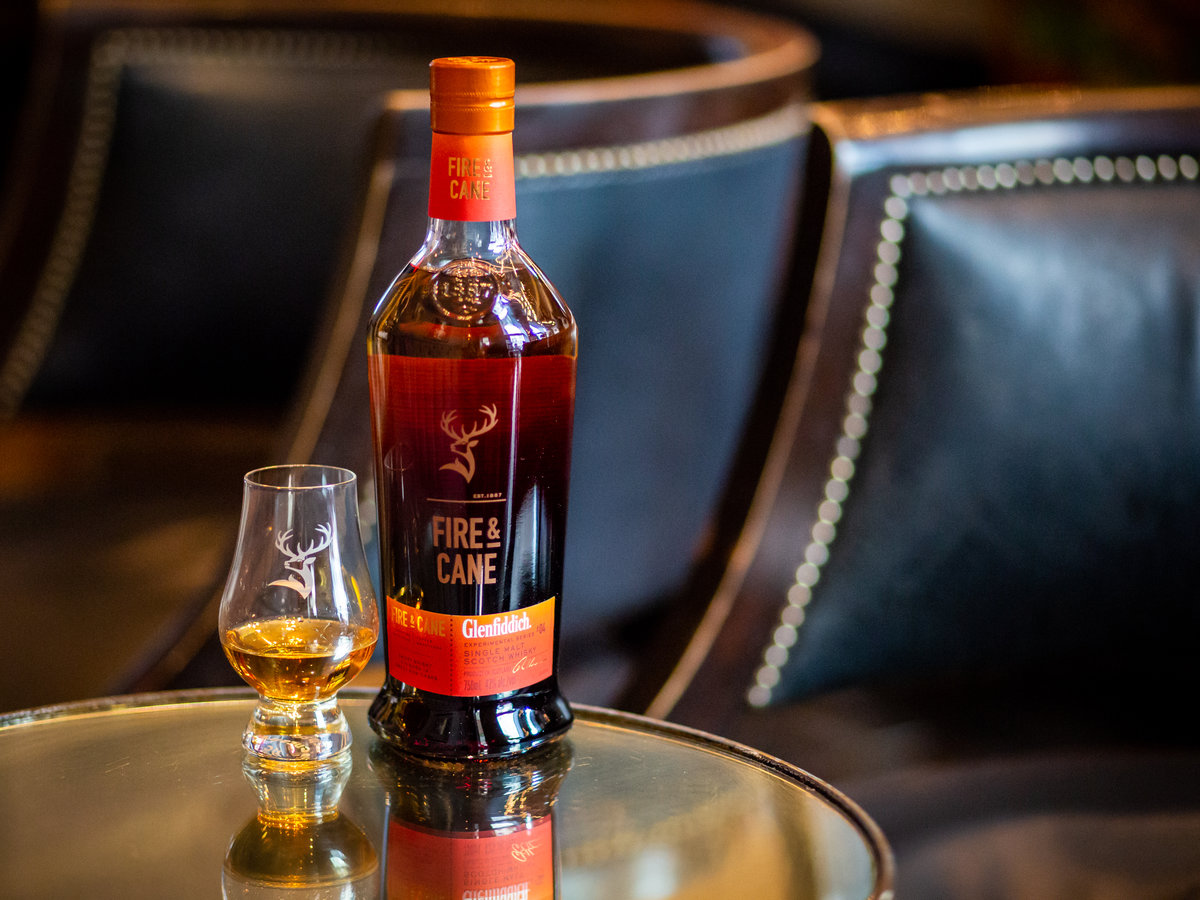 Called Fire & Cane, the whisky is actually a blend of two different whiskies: a smoky, peated whisky paired with a non-peated whisky matured in bourbon casks. After aging, the two whiskies are blended together and finished for three months in rum casks sourced from South America. The result is a whisky that’s both smoky and sweet, hence its name.

“This new single malt truly encapsulates the spirit of experimentation. We started with a question: What would happen if we did something with peat that we had not done before? The answer is an unconventional and unexpected whisky, one that is truly surprising,” said Brian Kinsman, Glenfiddich’s so-called Malt Master, in a statement. “During the tastings, some experienced the unusual smoky notes, while others tasted toffee flavors. This phenomenon can be attributed to the Scotch spending three months in sweet rum casks.”

On the tongue, the whisky has a campfire smokiness with oak and peaty notes—that’s the “fire” side of the blend—as well as sweet toffee, baked apple, toasted marshmallow, and spice from the “cane” portion.

Glenfiddich Fire & Cane clocks in at 43% ABV (86 proof) and is available starting today at retailers nationwide for a (rather affordable, given its peer set) suggested retail price of $49.99.