See Every Leonardo DiCaprio Oscar-Nominated Role Made Into Latte Art 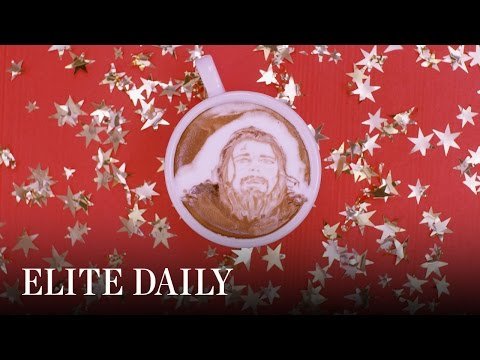 Why the public feels so bad that a handsome, rich, acclaimed actor who continues to get amazing roles in Hollywood (not to mention canoodle with the hottest lasses) has never been awarded an essentially meaningless trophy boggles my mind. Let’s set the record straight: DiCaprio is doing fine. Unless you’re George Clooney, every one of us should wish that our problems were so minuscule.

Still, DiCaprio’s Academy Award have captured Americans’ attention nonetheless, and so with the Oscars now less than a week away, the Elite Daily YouTube channel has decided to further immortalize all of DiCaprio’s Oscar-nominated roles—including this year’s Best Actor nod for The Revenant—in latte foam art.

They’re all there: Arnie Grape, Howard Hughes, Danny Archer, Jordan Belfort and Hugh Glass, the one that may finally end DiCaprio’s series of Oscar losses.

Will this be Leonardo’s year? Hell, I just spent a whole minute watching DiCaprio characters being made out of latte foam… Maybe we should discuss how my year is going?

Related: 11 Best Indie Coffee Shops in the U.S.
How to Make the Perfect French Press Coffee
The 50 Most Caffeinated Colleges in the U.S.