This $10 Product Promises to Give Cheap Whiskey Aged Flavor 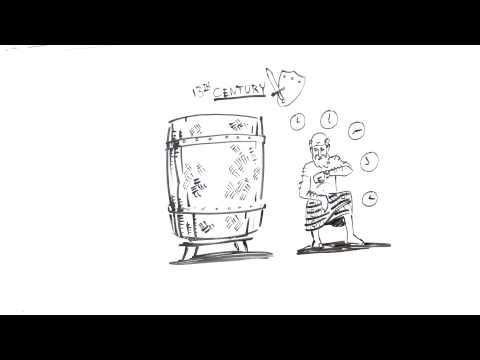 A new company called Whiskey Elements started with one question: “What’s the difference between top shelf and well whiskey?” Of course, there’s a lot of history and tradition that goes into making great hooch, but the simplest answer is the taste. Good whiskey can age in oak barrels for decades, a process that adds a range of rich flavors as well as a spirit’s signature amber color.

But what if you don’t have the money or connections to track down Pappy Van Winkle, or you just like playing with your booze? The Elements crew created a variety of oak slats that impart aged taste (vanilla, maple, smoke) to cheap whiskey over the course of 24 hours.

The idea is similar to (the derided) practice of adding oak chips to tanks of wine, but early indications are that Whiskey Elements really do work. In her test last week, Portland food writer Samantha Bakall (who herself spent time working at a distillery) described the changes to both the nose and the taste of her Jack Daniels as impressive. While there are sure to be doubters with respect to any shortcut like this, the idea of customizable whiskey has clearly struck a chord. The company’s Kickstarter campaign has well surpassed its funding goal with 24 days to go. Delivery is expected by December and there are still $10 packages available for those who want to test out (or gift) the product around the holidays.