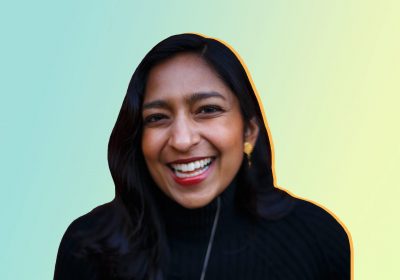 As you may already know, we launched the Kitchn Cookbook Club in September, kicking things off with Samin Nostrat‘s best-seller, Salt, Fat, Acid Heat. This month we’re all about Priya Krishna‘s Indian-ish, which was named one of the Best Cookbooks of spring 2019 by The New York Times and Bon Appétit. Priya, who co-wrote Indian-ish with her mother, says the recipes are a reflection of her mom’s cooking: 60 percent Indian and 40 percent “Indian-plus something else.”

“This book comes from the perspective of having an immigrant mother, addresses first-generation and second-generation tensions, and speaks to someone who’s a working mom who doesn’t have time to spend all day standing over a stove,” she told Kitchn’s Lauren Masur earlier this year. “It has this nice blend of relatability and accessibility and introduces people to simple Indian home cooking at the same time.”

Of course, in order to these master recipes, you’ll want to make sure you have a few key spices and pantry staples on hand. Below, we’ve listed out a few that Priya mentions in her book, which are all available on Amazon (the brands recommended are our own). So pick up a few (and the book, of course), then try whipping up a new recipe or two, and let us know how it goes! Share your comments in our Facebook group, or post a photo of your dish on Instagram, with a short review of the recipe in the caption, and use our #kitchncookbookclub hashtag to be featured on our Cookbook Club hub page.

Asafetida: Like MSG, this oniony spice enhances a dish’s flavor. In the book, Priya suggests first mellowing it out by toasting it in oil or butter to make a chhonk (more about that below), then using it as the finishing touch for recipes like Priya’s Dal (lentil stew) and Spinach and Feta Cooked Like Saag Paneer.

Chaat Masala: This spice blend works with everything, Priya says in Indian-ish, and can be used for her Indian-ish Baked Potatoes. It can also add depth to stews and sautés and enhance the flavor of fresh or grilled fruit.

Cumin Seeds: Warm and nutty, these seeds are the basis for many North Indian vegetable dishes and can be sprinkled on stews like Priya’s Dal.

Ghee: Similar to clarified butter but with a higher smoking point, ghee has a nutty flavor and is used for sautéing, or making a chhonk. This technique involves tempering spices in ghee or oil and using the resulting chhonk as a topping for dishes.

Red Chile Powder: This fiery spice, also known as Kashmiri red chile powder and cayenne, adds extra heat to any dish and is an essential for making Krishna’s Spinach and Feta Cooked Like Saag Paneer.

Ground Turmeric: A common ingredient in Indian cooking, turmeric is a bitter, yellow-orange spice that gives depth and color to a dish.

Masoor Dal: These quick-cooking lentils can be used to thicken broths and dips, and are the staple of Priya’s Most Basic Dal recipe.