A Gunfight Led to the Rise of Kentucky Fried Chicken 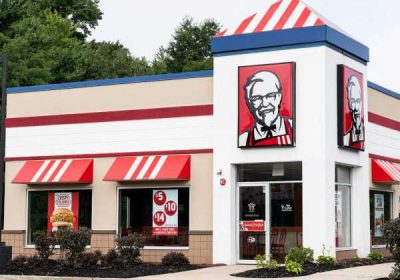 The characteristic caricature of Colonel Sanders may conjure a number of associations in the mind of a fast food aficionado—white suits, pointy beards, and horn rimmed glasses, for example. “Gunslinger,” however, is usually not the first descriptor to spring to mind. That oversight likely reflects the years KFC has spent shaping its iconic spokesman into a kindly old Southern grandfather, but it doesn’t reflect the true nature of Harland David Sanders, a bellicose and vivacious entrepreneur whose infamous temper was ultimately responsible for his fame. Sanders spent years toiling in entrepreneurial failure before his chicken was embraced by the general public; his tendency toward anger had thwarted his previous career attempts, leaving him to hawk his poultry recipes to the residents of Kentucky. And If he hadn’t gotten into a fight with a rival over a billboard, he might never have found lasting success after all.

In 1930, Sanders ran a gas station in North Corbin, Kentucky, where he also sold chicken, country ham, and steaks in a restaurant he had opened out of the same building. The gas station was his latest entrepreneurial endeavor after a long legacy of professional false starts. By that time, Sanders was an ex-lawyer known for battling his own clients and an ex-railroad employee who had been fired after fighting with a coworker. His proclivity for fury was clear long before Matt Stewart, the owner of a nearby gas station, painted over a billboard Sanders was using to advertise his fuel station.

Naturally, Sanders was incensed by Stewart’s gall. He threatened to kill his rival, and promptly repainted the sign. Before long, however, Stewart was at it again. When Sanders noticed Stewart painting over the sign a second time, the Colonel and the manager of his gas station ran out to confront him, armed to the teeth. The conflict quickly escalated into a gunfight, with Stewart firing a fatal shot into the manager of Sanders’ station; Sanders netted a single shot into Stewart’s shoulder.

After that shootout, Stewart was sent to jail for murder. Sanders, who was not charged in the incident, was free to dominate the local gas station game in North Corbin, allowing him to eventually corner the chicken market as well. But the story of his dueling days, to the extent that it’s survived, has become distorted over the years. Some people even believe, erroneously, that Sanders killed a man during that particular battle. Sanders may not have fired the fatal shot, but he did at least kill his direct competition. His belligerent nature, which so often cut his professional efforts short, acted as a boon for once—ultimately resulting in the popular, Southern-themed chain we still enjoy today.