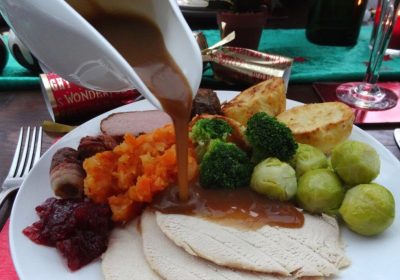 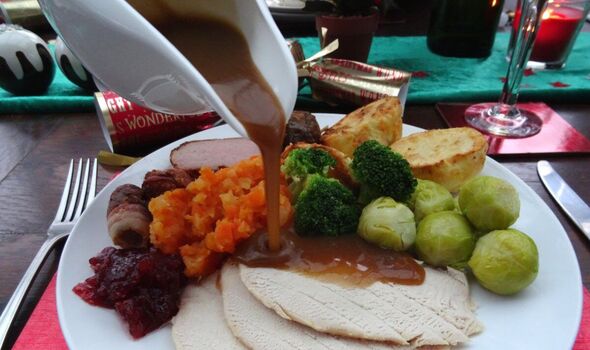 When it comes to vegetables, sprouts seem to be the biggest struggle for 12 percent, while 11 percent said carrots are their downfall.

And despite 76 percent claiming the food is one of their favourite things about Christmas, half (49 percent) are relieved when it’s not their turn to host – as 46 percent say expectations are always set too high.

It also emerged nearly a quarter (24 percent) struggle to get Christmas dinner timings right, with 32 percent admitting they’ve had to make something again from scratch after messing it up.

Laura Rowe, gravy guru and food expert at Ocado Retail, which commissioned the survey, said: “For many people, Christmas dinner is their favourite part of the big day – however, being responsible for such an eagerly-awaited meal can come with high expectations from guests.

“We believe there’s a fun side to festive cooking, so want to encourage the nation to enjoy the cooking just as much as the eating.”

The average Yuletide-celebrating adult will prepare for the dinner seven days in advance, with it taking them a total of 5.6 hours on the actual day to get everything ready, from pots to plates.

Two-thirds prefer to be left alone in the kitchen while cooking the meal, with 64 percent feeling happy once it’s finally been served – and a further 47 percent feeling relieved.

Gravy (31 percent) is the element of Christmas dinner people are most likely to have to start again after messing up on the day – with Yorkshire puddings (28 percent) and roast potatoes (27 percent) falling shortly behind.

When it comes to gravy consistency, 22 percent make it too lumpy, while 20 percent always end up with a gravy that’s too watery.

And more than a fifth (22 percent) feel pressure to get the gravy right, with 20 percent often making it at the end in a rush, according to the OnePoll study.

To combat this problem, Ocado Retail has teamed up with scientist, Mark Miodownik, to help the nation crack the code for the perfect gravy this Christmas.

In analysing the research findings, Professor Miodownik found the perfect jug of gravy should be:

Laura Rowe added: “To make it a little easier to perfect even the trickiest of elements, such as the gravy, we’re sharing our favourite flavour-enhancing ingredients.

“We’ve even teamed up with a scientist to crack the code for the perfect jug of gravy, every time.”