Home » Everyday Meals » Aldi fans rave about ‘Viennetta on a stick’ ice creams – ‘What a time to be alive!’

Aldi fans rave about ‘Viennetta on a stick’ ice creams – ‘What a time to be alive!’ 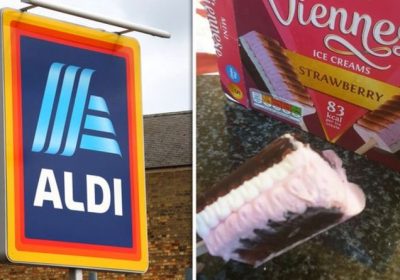 The UK has been hit with a heatwave this week, with temperatures hitting the mid to late thirties in some parts. The scorching weather will no doubt have had more and more shoppers reaching for the supermarket freezers to stock up on ice creams and lollies. But one product in particular has wowed Aldi fans, with some saying the discovery has “made their day”.

The budget supermarket has taken an ice cream classic and turned it into an ice lolly style treat.

Chances are every Brit will know the iconic Wall’s Viennetta ice cream, which is usually available in vanilla or mint flavours.

The famous dessert is a freezer favourite for families, with waves of soft ice cream layered with chocolate that gives that unmistakable cracking sound as you slice into it.

But while nothing can replace the real thing, Aldi has taken the mouth watering ice cream and reinvented it with their own recipe – and then put it on a stick. 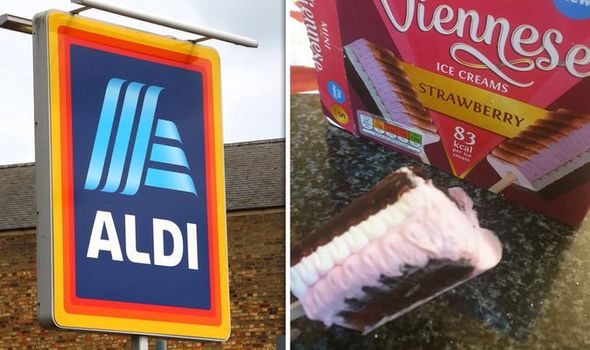 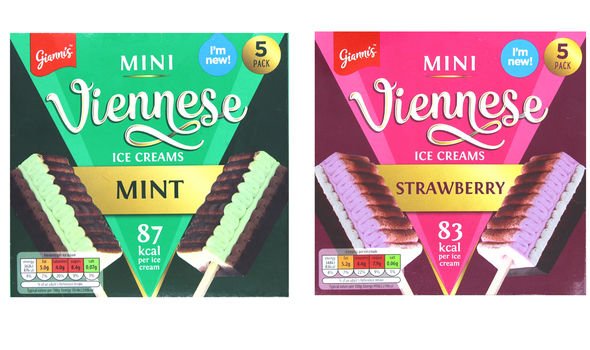 The Gianni’s Mini Viennese Ice Cream Bars are just £1.49 for a pack of five, making them only 29p a piece.

Each ice cream contains only 87 calories. In comparison, the classic Viennetta has 116 calories a portion.

Aldi fans are going wild for the product after it was shared on social media.

One Twitter user posted a photo of his ice cream, writing: “Aldi are selling Viennetta on a stick!! What a time to be alive!!”

The tweet was liked more than 500 times as shoppers heard the news – and many were asking if there was a mint version like the original product.

Others said it was exactly what was needed after what’s been a difficult year.

“There’s only one way to save 2020, and that’s by putting a Viennetta mint on a stick. Well played @AldiUK, well played,” tweeted one fan. 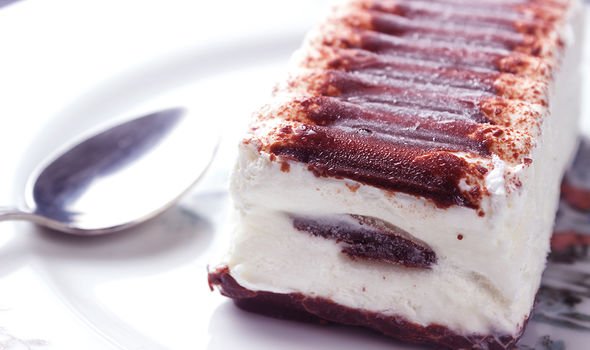 “Aldi have surpassed themselves with this fantastic 83 calorie mini Viennese Strawberry Ice Cream… Thank you.   The mint and vanilla flavours are fantastic too,” wrote another fan in the Aldi UK Shoppers Facebook group.

However, others pointed out that Iceland has been selling a similar version for years – and the frozen food brand has topped Aldi by offering an even lighter option.

Iceland’s Mini Vanilla Flavour Vienna looks just like the Aldi treat, but each contains only 75 calories per stick.

They’re also just a penny more expensive at £1.50 for a pack of five. 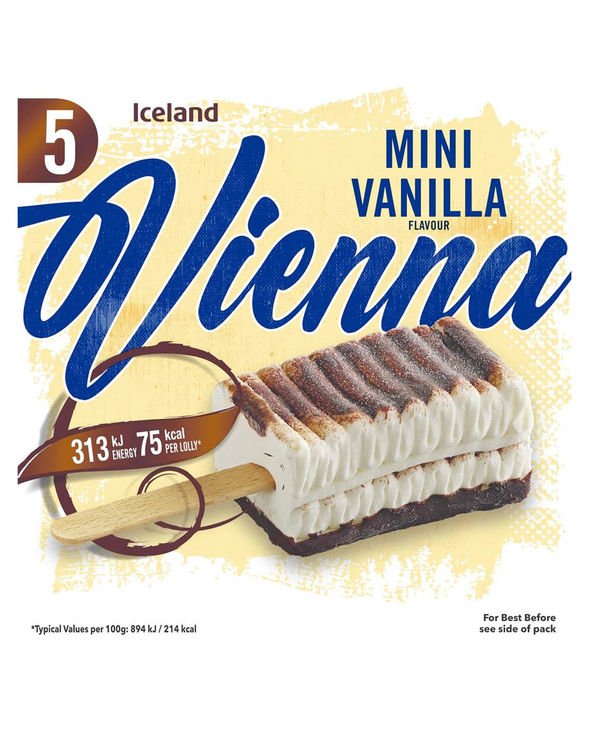 The low calorie option is clearly a winner with shoppers – with reviews on the Iceland website proving some are having them as part of their weight loss diet.

“These are really tasty. Very low calorie and worth every bit. If you’re on Slimming World only three syns. Brilliant,” wrote one reviewer.

But fans with a sweet tooth have noticed that both brands’ offerings are quite small – whereas when you cut a Viennetta, you get to choose how big your slice is.

“Got them in Iceland to [sic]. My son said they are too small [so] you might end up having more than one,” warned one fan in the Aldi UK Shoppers Facebook group.

The ice creams are available in stores now, though judging by the social media posts you may have to be quick before they sell out.