Amazon Shoppers Are Obsessed with This $6 Knife Sharpener 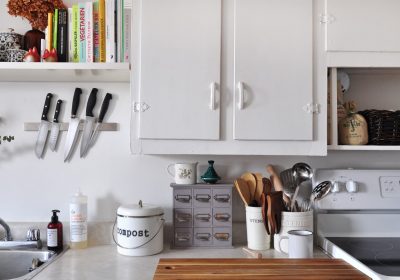 A sharp knife is at the tippy top of the list of must-have kitchen gadgets — for serious and not-so-serious cooks alike. And we can’t stress it enough!

Why is it so important? Well, my friends, sharp knives are a lot safer than dull knives (contrary to what you may think) because they require less pressure to make a clean cut. Anyone who has ever tried to slice a tomato or wedge a lime with a blade that’s seen better days will vouch for this. A safer, sharper knife equals a more efficient cook — simple as that.

The pint-sized KitchenIQ Edge Grip 2-Stage Knife Sharpener (which is actually pennies less than $6!) has nearly 10,000 reviews and a five-star rating, mostly from supremely happy customers who say that the gadget is a game-changer. It also happens to be the bestselling knife sharpener on all of Amazon.

It has two slots and a grippy bottom, meaning it won’t slide around on your countertop when you pull your knives through. The course slot has carbide blades to sharpen dull knives with visible damage. The second slot is more fine and is made of ceramic rods, which provide touch-ups for already-sharp knives. Bonus: The KitchenIQ is so small that it will totally fit in your gadget drawer.

What do Amazon shoppers have to say about it?

“I decided to actually come back to this nearly two years since I’ve bought it to review it. My husband talks about it on and off. Just yesterday he was going over sharp knife safety with my daughter and he said how much he still absolutely loves it. Of every gift I’ve ever given him, this is the only thing I’ve heard still get praise nearly two years later.”

“I ordered this because so many reviews said it worked when others of similar design did not deliver the sharpening abilities that they promised. I have used at least a half dozen with similar ‘pull the blade through the groove design’ and none of them worked well enough that I ever bothered to give them a second chance. But, I was growing tired of buying new chef’s knives for my elderly mother who refuses to steel the nice Victorinox knives I have been buying for her. She dulls them quickly to the point where steeling them is no longer effective. For five and a half dollars, I thought it would be cheaper if I could save her old knives rather than buying new $25 knives for her. She was so impressed with the results that she pulled out of her junk drawer multiple retired knives and asked me to sharpen them. I was able to bring back a cutting edge on all of them! Maybe not as sharp as new, but plenty sharp for use in the kitchen.”

“I’ve never sharpened my Calphalon knives and I’ve had them for 3 or 4 years. The last time I cut meat, I worked up a sweat because the knives were so dull. Tonight I sharpened them and the chicken cuts like butter!!! I’m in heaven!”

So what do you say? Do we have you convinced?