Applebee’s Wants You to Have Unlimited Fries for $7 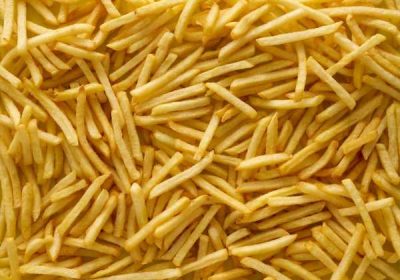 Appleebee’s feels like one of the last bastions of American strip mall sitdown dining culture. Perhaps given its precarious status, the chain frequently hated on by liberals has experimented with some inventive $1 drink deals in an effort to convince disaffected millennials to (ironically?) eat there.

Now, in celebration of National Cheeseburger Day, a very real holiday, they’re going to try to get people in the door by giving them the chance to stuff as many fries as humanly possible down their throat. That’s right: on Wednesday, September 18th, your favorite neighborhood eatery will be serving up its Classic Bacon Cheeseburger (the insistence on capital letters is how you know it’s a truly classic burger), alongside a theoretically limitless supply of fries, all for the low, low price of $6.99.

For one day only, one can eat a burger with your choice of two cheeses (american, cheddar, swiss, or pepper jack), adorned with two pieces of applewood bacon and the usual burger accoutrements between a brioche bun for just $6.99. The beef is also “smashed on the grill to seal in the deliciousness,” according to a press release.

But, of course, the crucial part of the offer is what Applebee’s CMO Joel Yashinsky describes as “an endless supply of our crispy fries.” It’s innovative in the sense that all-you-can-eat fries don’t really seem to be A Thing outside the context of the kid’s section of a buffet, where they usually accompany chicken tendies. Applebee’s deserves credit for encouraging adults who happen to celebrate burger-based holidays to cram as many french fried potatoes into their gullet.

The chance to eat unlimited fries is supplemented by the fact that Applebees’ $1 drink of the month for September is a variation on the Long Island Iced Tea, which is a (presumably watered-down) “delicious fusion of vodka, rum, tequila and gin, with tangy flavors of blue curacao, sweet & sour and Sierra Mist.” The unlimited fries almost seem like a precautionary measure to keep people from getting absolutely blitzed. Godspeed.