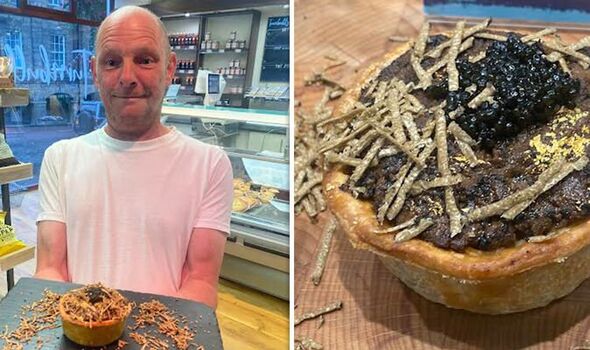 Bakers have combined the traditional ingredients of pork and pastry with fancy finishings, including black summer truffle and beluga caviar, to make the treat – but you’ll need to have a few bob to try one. A single small pie will cost £100 at Turnbull’s Northumbrian Food in Alnwick, Northumberland.

Only two of the limited-edition pies have been created in celebration of the butcher’s annual Pork Pie Festival which returns this week.

Visitors will be able to taste-test eight varieties of homemade pork pies in store, with flavours including chorizo, black pudding, apple and cranberry.

Phillip Dickinson, known locally as Baker Phil, said of his new creation: “We like to invent a new flavour of pork pie every year for the Pork Pie Festival. But this year, we really wanted to push the boat out and create something extra-special for the return of the festival.”

The pie festival was cancelled in previous years due to the pandemic, Chronicle Live says. 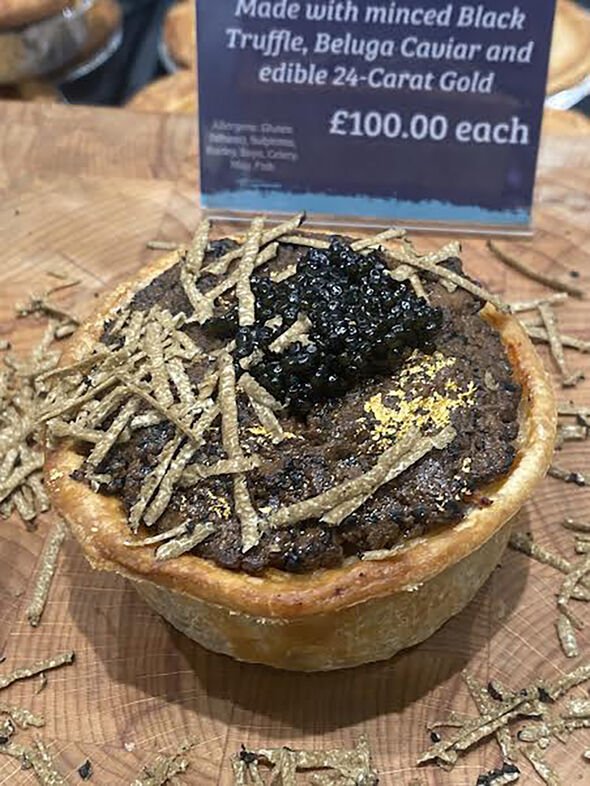 Describing what went into the £100 luxury pie, Phil explained: “I spoke to Russ, a trusted truffle dealer, who was able to arrange some of the very best Italian black summer truffles which are packed with tons of earthy flavour which will complement the sweet pork. I also managed to get my hands on some of the finest beluga caviar to put on the top of the pie, that will add a subtle salty and savoury element and result in a rich and opulent pork pie fit for royalty.”

The Turnbull’s team added that the making of the £100 pie is “a bit of lighthearted fun” ahead of the festival – with the proceeds going to a good cause. Matthew Slack, sales and marketing manager for the store, said: “We do not expect this pie to sell – however, if it does, we will be donating the full amount to the local food bank.”

A family butchery business dating all the way back to 1880, Turnbull’s is well-known for its tasty pies and pastries – one Northumberland couple who were particular fans even got Phil to rustle up a special pork pie wedding cake for their big day back in March. The Pork Pie Festival is on from Monday 22 until Sunday August 28. 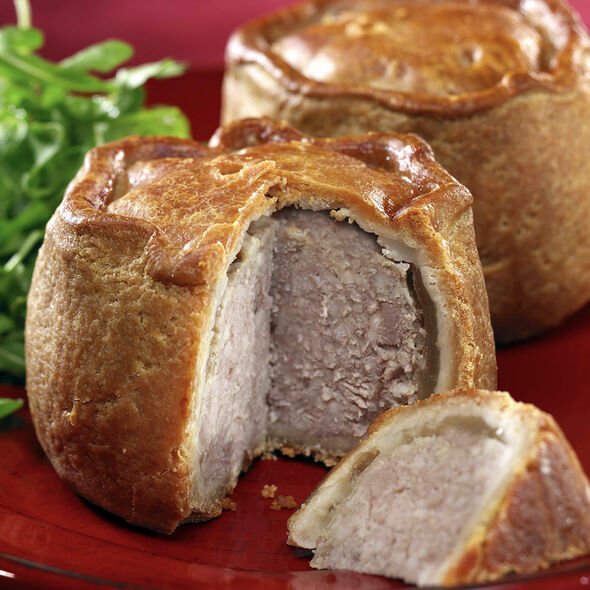 Modern pork pies are a direct descendant of the raised meat pies of medieval cuisine.

The Melton Mowbray pork pie is a traditional example of the foodstuff, and is named after the Leicestershire town.

Its origins are unclear – as some claimed Melton pies became popular among fox hunters in the area in the late eighteenth century while others believe the association of the pork pie trade with Melton originated around 1831 as a sideline in a small baker and confectioners’ shop in the settlement.

The main distinctive feature of a Melton pie is that it is made with a hand-formed crust.