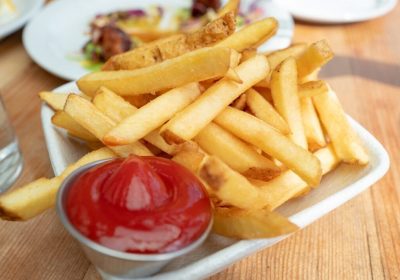 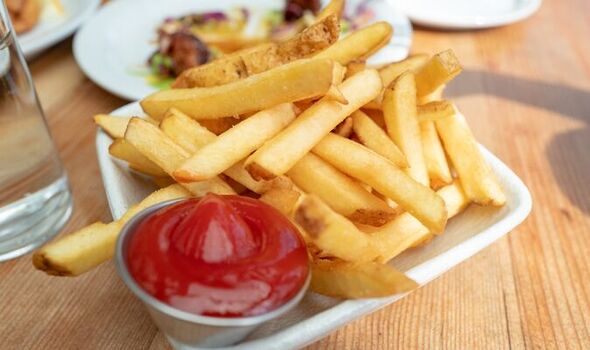 Chunky chips are still a firm favourite (43 percent), but 22 percent opt for a skinny fry – while five percent choose a wedge.

A quarter prefer them cooked from frozen, and half like them fluffy, while 48 percent prefer them with a crunch.

And when it comes to condiments, over half (53 percent) consider ketchup to be the perfect dip to their chip – but 31 percent prefer mayo.

A spokesman for Strong Roots, which commissioned the research to mark the launch of its new Crispy Skinny Fries, said: “The nation has spoken, and the perfect chip has been revealed.

“You can’t deny everyone loves a fry, but clearly people are very particular about what type of chip they have.

“It’s always a topic that’s up for discussion, and a lot of the time can cause friendly friction.”

The Maris Piper was voted the best spud for making chips – but the average adult only scored themselves a four out of ten when it came to making them from scratch.

Fish (57 percent), burger (38 percent) and steak (27 percent) were the top chip-accompanied meals, according to the OnePoll study.

But meat-free options also had a say, with 14 percent voting for veggie burger and chips, and 12 percent preferring vegan fish and chips as a plant-based preference to the nation’s favourite.

And when it comes to dips, 46 percent think it should always be served on the side, while a sixth like their chips to be “smothered in it”.

Besides the classic ketchup and mayo, ice cream (17 percent), mango chutney (14 percent), and chocolate sauce (12 percent) were just some of the bizarre choices people have paired their fries with.

It also emerged Friday is the most popular night for eating chips – but 27 percent would happily eat them every day of the week.

The average adult will eat chips twice a week, with 53 percent claiming they will never leave any uneaten on their plate.

The spokesman for Strong Roots added: “While ketchup won out as the ultimate condiment, we’re thrilled to see people’s saucy sides coming through.

“Whether you like to keep it clean or slather your fries in chocolate sauce, at Strong Roots we embrace it all.”