Bubble and Squeak With Stilton 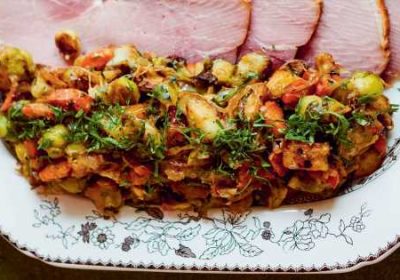 The Stilton adds another dimension to the bubble and squeak, giving it a wonderfully rich and redolent tang. Served with slices of Christmas ham, this is a dish that would certainly get those Herald angels singing.