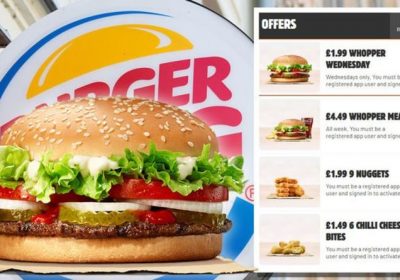 Burger King is one of many chains extending the Eat Out to Help Out scheme after it proved extremely popular among diners. While the burger giant has ended its participation alongside the Government scheme, it has introduced further discounts to see fans through September. Here is the full list of new prices Burger King will be offering next month.

The following deals will be available Monday to Sunday: 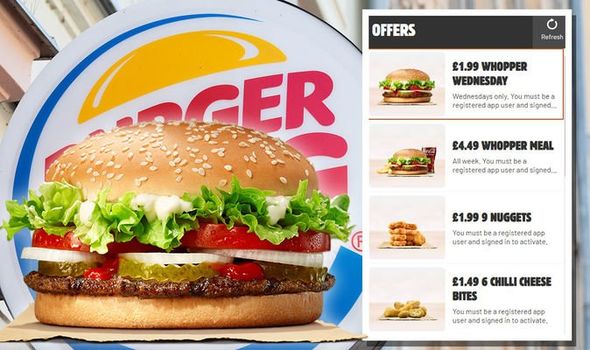 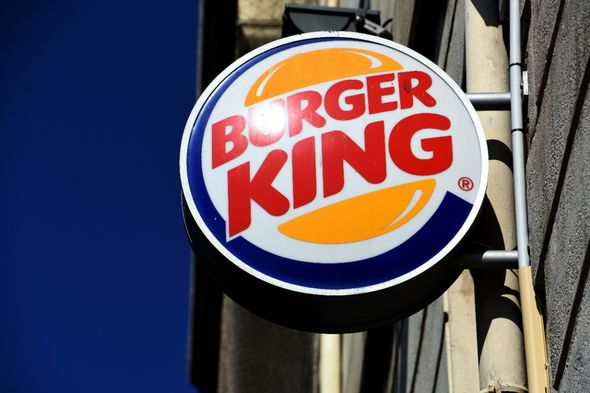 While these deals are sure to save you a penny or two, please note they will depend on location, as some are likely to be more expensive than others.

A whopper meal for £4.49 is also on the deal, but is available every day of the week except Wednesdays.

Whopper Wednesdays is a deal which will be carried out until the end of the year.

On Whopper Wednesdays, you can have Burger King’s signature burger for just £1.99 in any site in the UK. 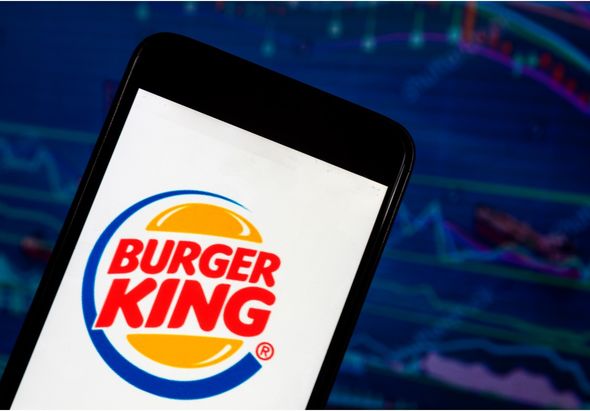 To get the offers, you have to download the Burger King app via Google Play or the App Store.

Ms Nunez said: “We’re delighted to reward our valued customers with even more great deals throughout September via the Burger King app.

“We hope that it will bring some relief during these challenging times for those looking for a special treat.” 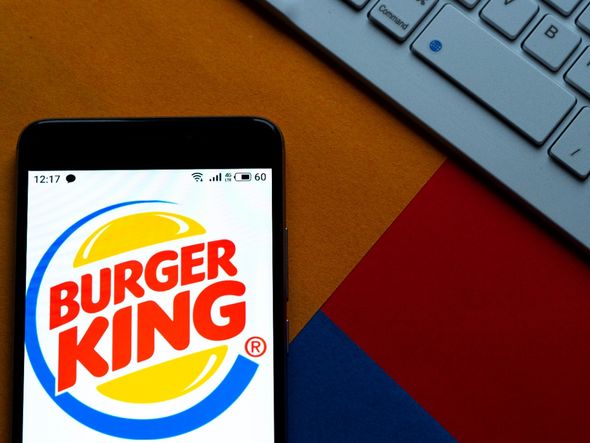 Diners who took part in the Eat Out to Help Out scheme were thanked by Chancellor Rishi Sunak as the scheme came to an end on Monday.

Mr Sunak said: “As the scheme draws to a close, I want to say thank you to the diners who have fallen back in love with their local, to the managers who have spent weeks ensuring their restaurants were safe, and to the chefs, waiters and waitresses across the country who have worked tirelessly, sometimes with more customers than they’ve ever had before – all helping to protect 1.8million jobs in the hospitality sector.

“The scheme reminded us why we as a nation love dining out and I urge diners to maintain the momentum to help continue our economic recovery.”

According to the Treasury, more than 84,000 restaurants registered for the scheme.

Mike Cherry from the Federation of Small Businesses (FSB) said more support is still needed by some businesses.

He said: “Additional support is still needed for certain groups in the leisure sector, especially pubs.

“Beyond September, the scheme should be reactivated in areas that have gone through local restrictions or lockdowns.

“It is vital that we continue to offer as much support as possible in areas where restrictions have been reintroduced.”