California Law Makes It Legal to Collect and Eat Roadkill 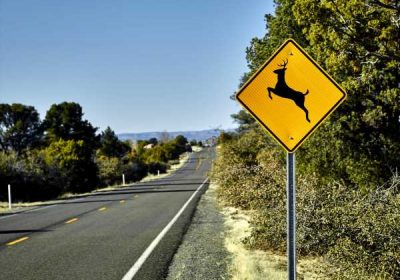 In the beginning, humankind got its meat by any means necessary. Over time the introduction of animal husbandry, the development of sophisticated weapons, and eventually the factory farms of today have shifted society’s views on the types and sources of meat we’re willing to eat.

Now, a newly-signed California state law asks a bold question that could represent a new step in the history of meat procurement: “What if you could hunt with your car?”

That’s sort of the premise behind the state’s Senate Bill 395, which requires California’s Fish and Game Commission to create a permit system for “persons desiring to recover, possess, use, or transport, for purposes of salvaging wild game meat for human consumption… that has been accidentally killed as a result of a vehicle collision on a roadway within California.” Specifically, the bill of the text mentions deer, elk, pronghorn antelope, or wild pig as potential (road) game meats.

Once the Fish and Game Commission complies with the law on or before its January 1st, 2022 deadline, the process would work as follows: you hit a deer or wild pig with your Prius. After tying the slain beast to your roof, you can apply “through a user-friendly and cell-phone-friendly web-based portal” for a permit. Applicants would have to specify where the dead animal was recovered, what might have led to its death, and where that tasty road meat is headed.

In case you were wondering, this bill didn’t come about because Governor Gavin Newsom saw a tasty-looking deer on the side of the road. Rather, it says its objective is “to make available to Californians tens of thousands of pounds of a healthy, wild, big game food source that currently is wasted each year following wildlife-vehicle collisions.” With the bill further estimating that 20,000 deer are killed by cars each year, “this potentially translates into hundreds of thousands of pounds of healthy meat that could be used to feed those in need.”

We often picture cars flattening small squirrels that are then left to spoil in the sun when we think of roadkill. But the death of a bigger game animal from a collision isn’t much more or less violent than death by hunting, and at least this is a way to make the best of a bad situation. The program also has the added benefit of helping the Commission “collect and compile information and data on wildlife-vehicle collisions to support wildlife conservation efforts,” hopefully making them less likely in the future.

So, yes: It sounds gross, but there’s a legitimate case to be made for a law that now allows you to salvage and eat (large) roadkill. Barring an unexpected revision of California’s health code, just don’t expect any trendy “Road-to-Table” restaurants coming to LA anytime soon. But soon enough, that big animal that wrecked your can come home and join you for dinner.