Camilla on her ‘favourite’ food, kitchen ‘disasters’ and competing with Charles 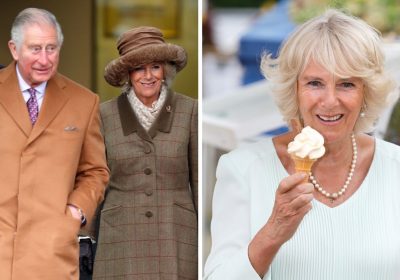 Camilla Parker-Bowles is an 'asset to Britain' says Lee Cohen

Alongside her food writer and critic son Tom Parker Bowles, Camilla, Duchess of Cornwall, spoke to You magazine about her cooking and eating habits.

Undoubtedly, the Duchess of Cornwall and Prince Charles must have tried some of the finest cuisine in the world.

And it is unlikely that they would struggle to find a table in a Michelin star restaurant.

However, Duchess Camilla divulged that’s it’s actually simple, home-cooked dishes that appeal to her the most.

Unlike Kate Middleton, who Mary Berry once praised as a “remarkable, enthusiastic cook”, the future Queen Consort prefers an easier culinary experience.

She revealed that her cooking style is “nothing too mucked about, or fussy or fiddly”.

What she does know about cooking, Camilla learnt from her mother, Rosalind Shand.

She recalled helping her mother pod peas and beans when she was just a child.

But the royal admitted: “I’ve never followed a recipe in my life.”

When her children, Tom and Laura, were growing up, meals included tarragon chicken, scrambled eggs, bacon, and chicken casserole.

Traditionally, the family would sit down to a Sunday roast.

They had a kitchen garden, so ate a lot of the fruit and vegetables they grew at home.

The royal admitted to frequently forgetting about a baked potato in the oven and finding it incinerated.

She admitted that she could fill a book with her “cooking disasters”.

But while Camilla is partial to easy cooking, she does enjoy dining out, and recalled trying “exotic” avocado and prawn during the 60s at Alexander’s on the King’s Road.

Growing up, the Shand family spent a lot of time in Ischia, near Naples, which inspired a “passion” for Italian cuisine.

But her “favourite” foods remain beans on toast – “always Heinz” and fish and chips.

She stated that you simply cannot beat it.

Food is something that has bonded Camilla and her husband, Prince Charles.

While Camilla is very proud of her white peaches, she said that the future King is also a fantastic gardener.

“We’re quite competitive about our fruit and vegetables.”

Camilla will join Mary Berry to announce the winner of The Jubilee Pudding: 70 Years in the Baking.