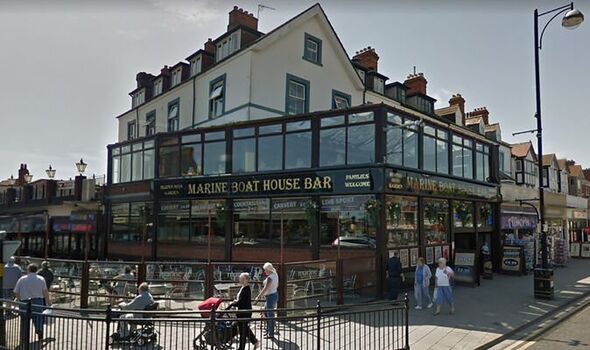 A restaurant and carvery owner has defended her decision to enforce the under-12 meal rules due to skyrocketing bills. In a since-deleted social media post, she said elderly customers were trying to buy children’s carvery meals at a cheaper price, which would not be allowed “under any circumstances whatsoever”.

The Marine Boat House Bar in Skegness, Lincolnshire, is managed by 32-year-old Samantha Gillison, the third generation of her family to do so.

She added that for the eatery to survive, people had to support it.

She said that some customers had exploited the situation by buying child-sized meals at a discount and piling food on their plates or attempting to get two meals for the price of one, costing the business a meal.

Samantha told Lincolnshire Live: “We want to stay open so people need to pay fairly for what they’re having.

“A child’s portion is significantly smaller than an adult’s, so people will buy a child’s plate and fill it up several times.

“With the cost of everything going up, we need to make sure customers are paying for what they’re eating, and that’s not been the case.

“Everyone is trying to save money where they can but we employ about 20 people with children and from all backgrounds.”

Like almost every business across the UK, the carvery has faced rapidly worsening energy costs.

The carvery’s gas and electricity bills reportedly cost £16,000 in the month of August alone.

On top of those costs, the owners have recently shelled out £2,600 for an in-house defibrillator suitable for children and adults.

In previous months, the cost of a head of cauliflower has reportedly risen from a few pence to a whole pound.

“It’s why we’ve had to put this out there,” Ms Gillison continued. “We don’t want to be doing this, but we can’t keep on if people aren’t paying for what they’re eating.”

Some customers complained about the decision, saying it was unfair on pensioners who may want less food, but Ms Gillison stressed that the decision was not discriminatory.

Conversely, one person said that it was a “sad state of affairs” that showed the impact the cost of living crisis was having on everyone in the country.

“However, a number of businesses will also be going under – very unsettling times to come,” the customer added.

Ms Gillison said she agreed with her and said: “We haven’t wished to offend anybody.

“It’s not that we don’t cater for the elderly because we do. And it’s not derogatory – we all need to work together to try to get the best out of this bad situation.

“Everybody is really worried, especially in Skegness, where we rely on tourism. Winter is difficult enough anyway.”

She added: “A lot of places are going to close this winter. At this stage, we have to think if we’ll have to restrict opening times and closing times – it has to be viable.”

Though tough times were ahead, Ms Gillinson said she was confident businesses would survive.

“People will pull through,” she said. “Christmas is coming up so we’ll be busy then.”