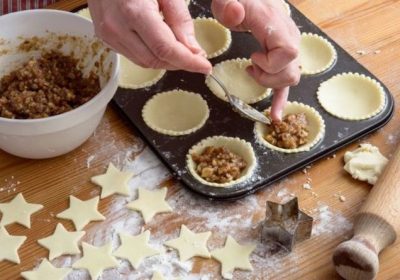 Nigella Lawson shares some of her favourite Christmas recipes

Mince pies are a festive tradition all over the world. Usually eaten throughout the Christmas period, supermarkets sell a huge range of the sweet treat, hitting the supermarket shelves as early as September.

A recent survey from Money.co.uk revealed that the average Briton will consume up to 15 mince pies throughout December which equates to around 3,405 calories.

While the sweet treat is tasty and should be enjoyed, they are packed with sugar.

Stacey Hart, who appeared in the 2017 series of the Great British Bake Off, has shared her low-sugar recipe, to make them slightly healthier.

Since reaching the semi-finals of the Great British Bake Off, Stacey has moved away from the icing coated cakes she was famed for and now creates healthier, but still just as delicious, bakes. 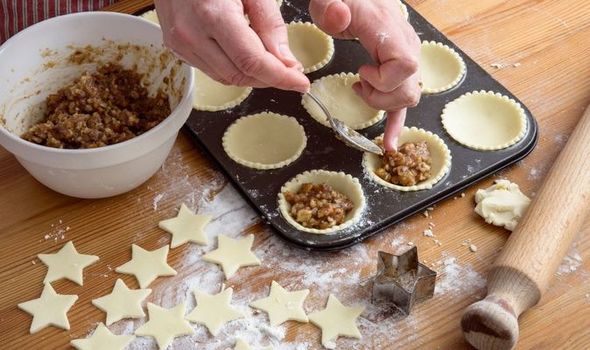 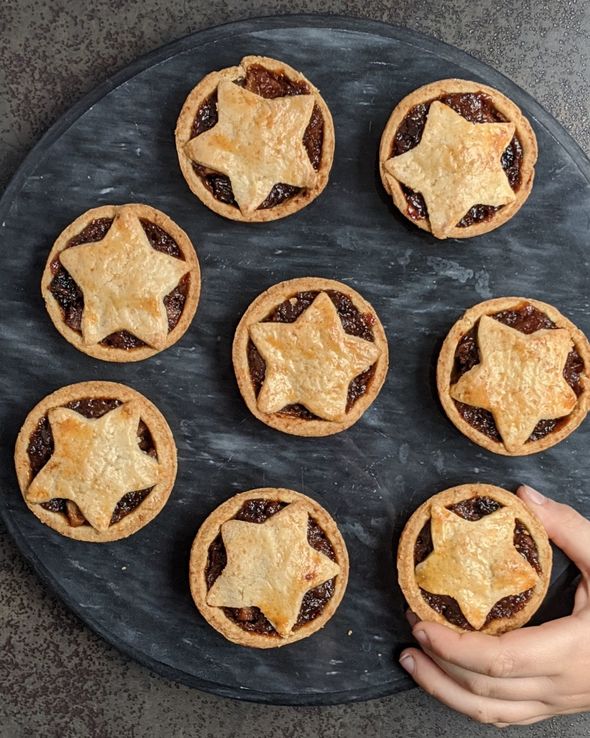 The baker said: “There’s no escaping the fact that mince pies are always going to contain a fair bit of sugar, due to the dried fruit in them.

“With a bit of tweaking however, I’ve created a recipe that produces a deep filled mince pie with about half the sugar (per 100g) of a shop bought one, but which tastes just as luxurious.”

– Peel of one orange sliced

– Peel of one lemon sliced

Firstly, mix together all the ingredients in a large pan and place on the heat.

Slowly bring the mix to the boil and then boil gently for around 10 minutes, making sure to stir regularly.

When the mixture is thick, take it off the heat and leave it to cook. Once cooled, carefully remove the cloves, orange and lemon peel.

Use a hand blender, and puree around half the mix and then sir.

Stacey recommends trying to leave lots of bigger chunks so that it doesn’t turn into a complete puree.

Then, store the mix in a fridge until it is ready to use. 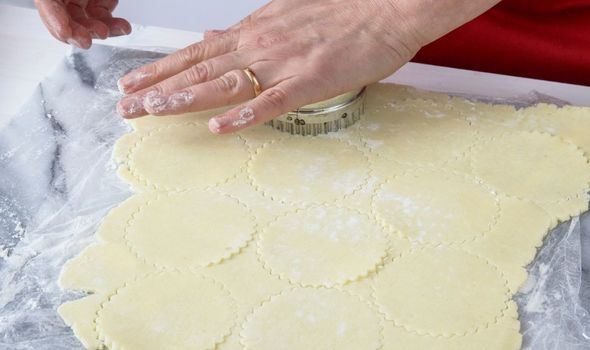 Place flour and butter in a food processor and pulse to get bread crumbs.

Then add the xylitol and pulse, add the egg and pulse together.

Work to form two balls on a floured worktop but make sure not to overwork the pastry.

Store in the fridge for one hour. 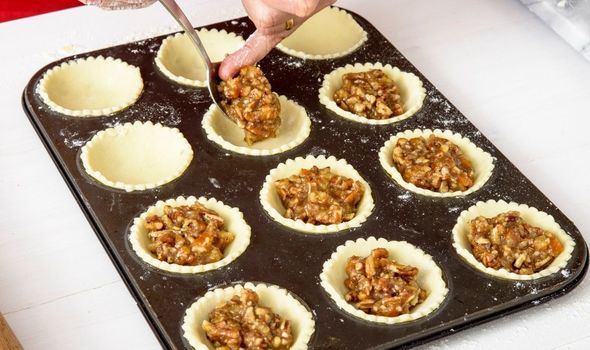 Working with one ball at a time, roll out the pasty and make 12 circles and fit them into the muffin tin.

Spoon a generous amount of mincemeat into each pie.

Make the lids using either a cookie cutter to cover the whole pie or a Christmas cookie cutter, Stacey likes using a star or snowflake.

Then brush egg wash on the rim of the pie and stitch the edges of the lid down.

Brush the top of the pie with egg wash and place them in the oven.

They will take around 15 minutes to cook and then leave to cool slightly before removing them from the tin.

Stacey said: “These mince pies can be stored in an airtight container and eaten within three days or can be frozen and popped in the oven to warm up.”

These healthier mince pies are around 284 calories per 100g.