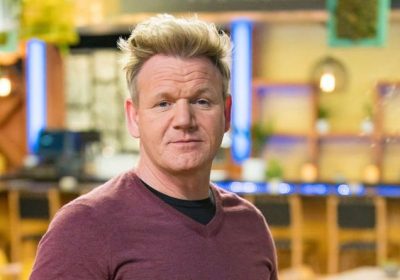 Although the world may be on lockdown, many will observe the traditional Christian holiday this weekend. And despite most being unable to dine with their nearest and dearest, that hasn’t stopped the majority of people creating the classic  roast dinner on Sunday. Ramsay, who has become one of the UK’s most celebrated chefs, revealed what he believed made the best roast potato.

He also told Desert Island Discs in 2002 a special way to cook garlic that could become a great accompaniment to roast lamb or cod.

Speaking on the show, the ‘Hells’ Kitchen’ star was asked by the BBC Radio 4 programme’s host Sue Lawley: “It’s spring – so I think, because I’m boring and traditional, of lamb and minted peas and Jersey royal potatoes. What do you think?”

“We have some of the best produce from across the world and living and training in France for as long as I did, I was amazed at how much British produce was brought in Paris. 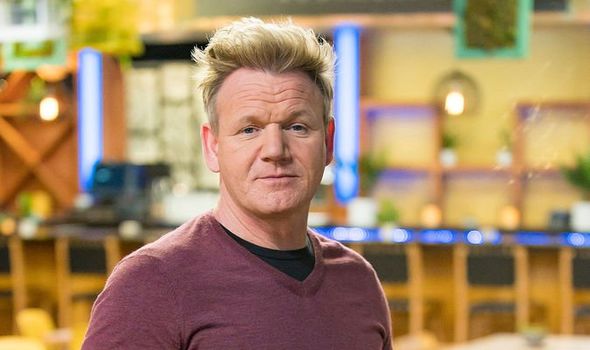 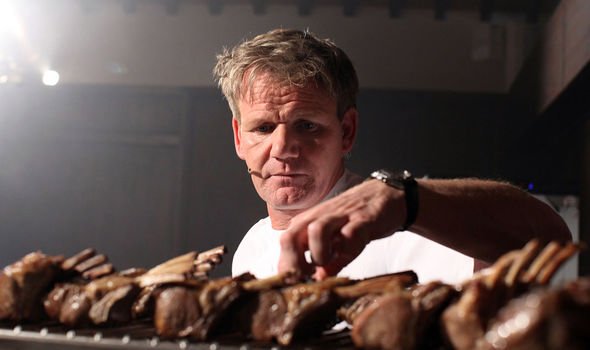 “Of course, the French will never, ever turn around say that we buy roast beef – they’ll never admit that.”

He added: “So coming into spring, new season spring lamb, beautiful legs roasted and studied with garlic and rosemary and thyme. And Jersey royals, maybe as opposed to just boiling them, look to cook them in goose fat with a nice bouquet of garni and wild thyme.

“Goose fat is wonderful and it is a great indulgence and providing you don’t over do it and really saturate them it can really add and impart great flavour.”

The former footballer, whose restaurants have been awarded 16 Michelin stars in total, then discussed one of his favourite ways to cook garlic. 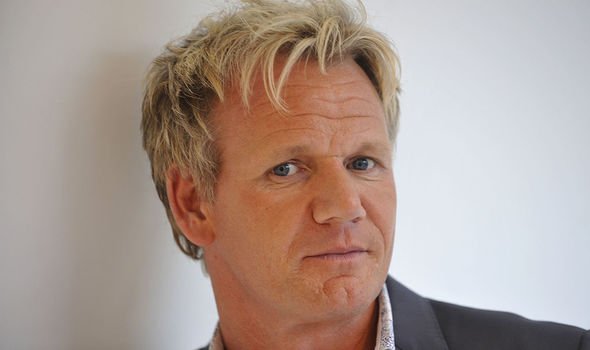 He told Ms Lawley: “Confit garlic. Just straight off in olive oil and slowly confit it on the side of the stove at about 55 or 60 degrees for about 45 to 50 minutes.

“Then take them out of the oil, still in their skins, and then place them into the oven, a hot oven, and allow the shells to go really nice and crispy and then crack open – almost like opening a walnut.

“And out comes this wonderful clove of garlic that’s sweet, mellow and just so tasty.

“But you have removed that ghastly strength of garlic.” 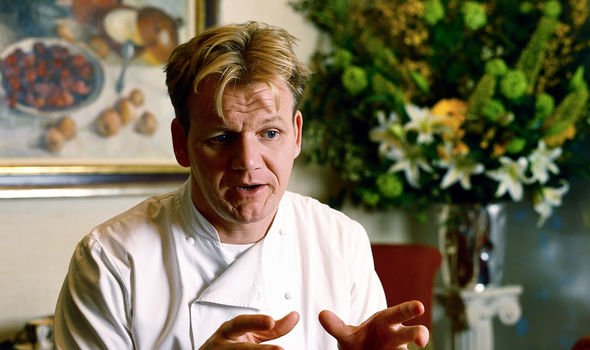 Ramsay added that the garlic can be added to roasted lamb, roasted cod and lentils or used to make a garlic soup with sautéed new season ceps.

The chef has become one of the world’s most recognisable faces after his hit TV show ‘Ramsay’s Kitchen Nightmares’ stormed the US.

Other shows such as ‘Hotel Hell’ and ‘24 Hours to Hell and Back’ secured his standing among the planet’s best ever chefs.

Two years ago Forbes listed him as the 33rd-highest-earning celebrity in the world, after he raked in $62m (£50m) in 12 months.