Home » Everyday Meals » I Tried the Murder Cookies Reddit Is Obsessed With (Yes, They’re to Die For) 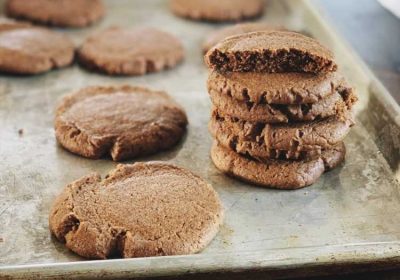 Are you a Reddit reader? I am! (No, I won’t tell you my username.) Reddit, to me, is the internet as I remember it from the early days of my youth, before it got cluttered up and commodified: pure, enthusiastic, person-to-person, more than a little wild around the edges. If you want to explore a niche passion or a strong opinion, there a place there for you. And let me say: there is no niche passion as pure as that of the subreddit Old_Recipes, which is… exactly what it sounds like: a place to share old recipes.

Those recipes usually come with a story, and there is one that has swept the sub and inspired many of its followers to make the recipe attached to it: MURDER COOKIES.

What are murder cookies, and why are they so named? The reality is not terribly morbid; they’re murder-related only by distant association. The short story is this: A Reddit user @NearKilroy was researching a murder that happened in her house many years ago. While hunting down its history she says she “fell down a rabbit hole” of local research, and discovered that a neighbor at the time had worked in a bakery making these cookies which were named their “recipe of the year.”

Well, this recipe has lit up the sub, and I have watched at least half a dozen people try out these “Secret Scotch” cookies, upvoting the original and its reviews into one of the top posts of the month. I was intrigued by the recipe, as I can’t pass up a good molasses cookie, and some of the reviews really appealed (like this one with an inventive addition of coffee buttercream). So I tried them.

The recipe is a fairly classic molasses cookie, albeit one with shortening (Crisco) instead of butter. The recipe also calls for the very old-school spice mace, which I just don’t see very often in modern recipes.

The cookies are very straightforward and simple: cream sugar and shortening together with molasses (I used unsulphured blackstrap for a strong kick). Then you beat in flour and spices (I substituted a mix of nutmeg and cinnamon for the mace). The dough is thick and sticky, and you drop it by spoonfuls and then press them into rounds with the bottom of a glass. I baked at 350 for about 12 minutes (the recipe doesn’t specify a temperature but the reviews seemed to agree on this).

And how were they? Well, I just don’t cook with Crisco very much but this cookie reminded me why vegetable shortening can be so dreamy in a cookie. The cookies, when underbaked, stayed so, so chewy while still being fat and thick. They have that perfect blend of thick, satisfying cookie while staying massively chewy with sugar-crisp edges. They are like autumn has arrived in cookie form, spicy and so dark with molasses.

I can see why they were “recipe of the year” for this bakery and why they’ve taken this lovely subreddit by storm. I highly recommend them, especially if you’re craving your yearly pumpkin spice fix. Murder cookies bring all the spice you crave, with just a little touch of spooky too.