Home » Everyday Meals » James Martin: How to make the perfect roast potatoes for your Sunday lunch

James Martin: How to make the perfect roast potatoes for your Sunday lunch 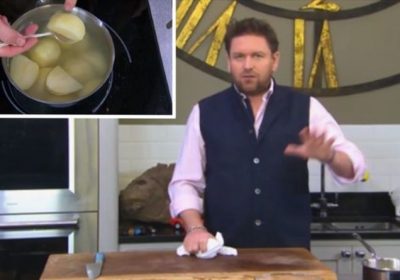 A Sunday roast would not be the same without potatoes, especially roasted ones. Janice from Scotland called into James Martin’s ITV show this morning to ask the chef how to make the perfect roast potatoes.

James shared his top tips on how to make the perfect roast potatoes to accompany your Sunday lunch or evening meal today.

The chef explained that he prefers to use King Edward potatoes for his roasties, which have pink spots on them. 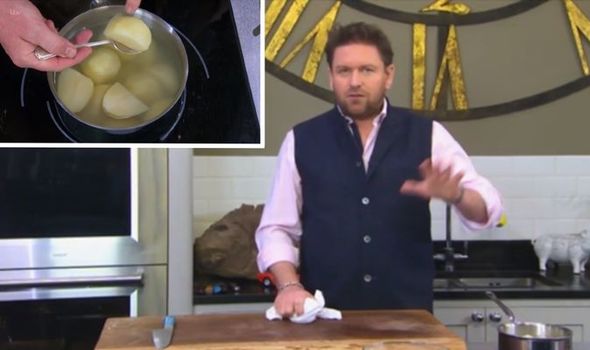 James emphasised that putting the potatoes in cold water is “really important”, before putting them in a pan and bringing it to the boil.

Then, cook the potatoes for two to three minutes on the stove.

James explained that you know when the potatoes are ready when their edges start to break.

“Drain them while they’re still hot,” the chef advised as he put the potatoes in a colander.

DON’T MISS:
Royal funeral traditions the family must follow [ROYALS]|
Morrisons customers fume over new ban coming to all stores [NEWS]
Woman shows how much dirt is in your hairbrush in startling video [INSIGHT]

James then shook the potatoes in the colander and showed viewers how the edges had broken, revealing that the potatoes were properly cooked.

For best results, James recommended using dripping or lard for the roast potatoes.

He explained that the potatoes do not taste the same if cooked in vegetable oil, though some chefs do use it.

Most importantly, James advised against using olive oil as it would burn. 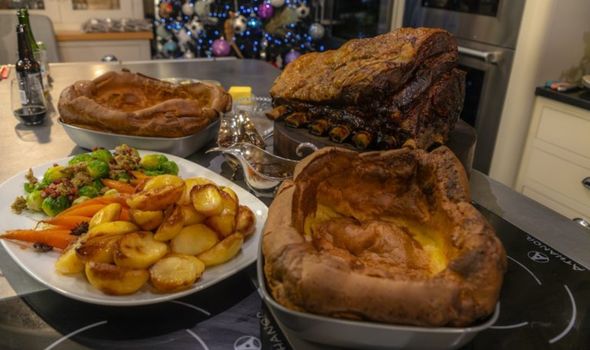 James picked up an oven tray and covered the bottom of it in lard.

He then added the potatoes to the tray and rolled them around in it before adding a pinch of salt.

The chef recommended cooking the potatoes in the oven for about an hour to an hour and a half.

He also advised checking on them every 20 minutes and roll them around again.

James then showed viewers the roast potatoes that he had already prepared before the start of the show.

They were lightly browned, crispy, and looked delicious.

James has many Sunday lunch recipes on his website, including roast chicken, beef cheeks, and lamb chops.

The chef has also shared how to perfect the accompaniments to your Sunday centrepiece, such as the Yorkshire puddings, the various vegetables, and the gravy.