Home » Everyday Meals » James Martin shares rarebit recipe made with Arbroath smokies – ‘got to try this at home!’

James Martin shares rarebit recipe made with Arbroath smokies – ‘got to try this at home!’ 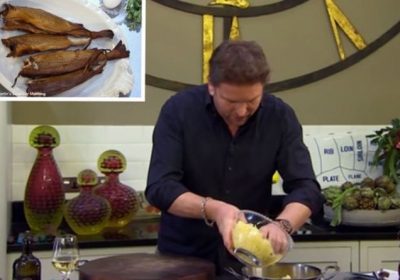 Yorkshire-born James Martin is passionate about locally sourced British produce and often uses fresh products in his recipes. Today was no exception as the chef cooked with fish native to Scotland and sold in markets across the UK.

Appearing on his Saturday morning show on ITV, James showed viewers how to make a rarebit sandwich more interesting.

Rarebit is usually a combination of cheese and spices, but today James added Abroath smokies to the mix.

An Arbroath smoky is haddock sourced from the North Sea, off the coast of Scotland, and prepared and smoked using traditional Viking methods.

Arbroath smokies can be bought in markets as well as supermarkets, including Waitrose. 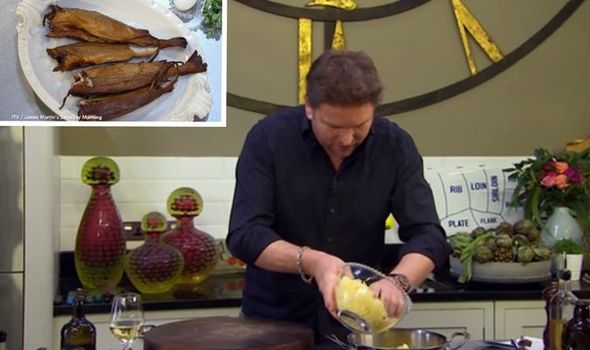 James was very excited about the smokies, telling viewers that they have “got to try this at home”.

The chef said: “It’s an ingredient that I am obsessed with.”

He claimed that Arbroath smokies and cheese are “two of my favourite products in the world”.

James went on to show viewers the ingredients they need to make the Arbroath smoky rarebit.

The chef put a little beer in a ban, before adding grated cheese, English mustard, and Tabasco, Worcestershire sauce, before starting to melt all the ingredients together.

Next, James took two Arbroath smokies and started to break the white fish into small pieces and place them in two oven dishes.

As he did this, the chef spoke to a fisherman from Scotland who runs a business of catching, preparing, and selling Arbroath smokies.

James often speaks to local food producers and manufacturers across the UK via video call on his Saturday morning show. 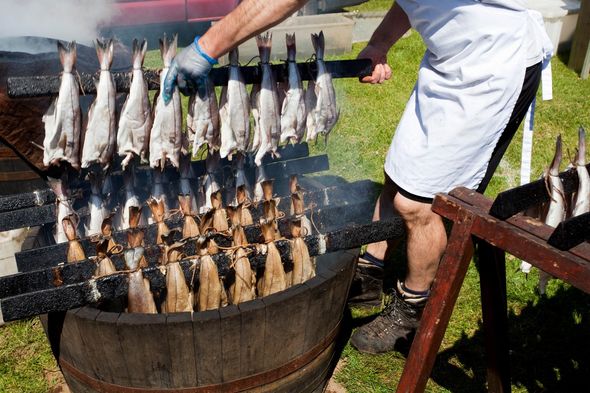 After mixing the melted cheese mixture with a whisk, James poured it on top of the fish pieces in the small oven dishes.

Then, he popped them in the oven to cook.

While they heated up, James showed viewers how he would eat an Arbroath smoky on its own, without the rarebit.

He advised wrapping the fish in greaseproof paper, newspaper, and then a damp cloth, before putting it in the oven for 15 minutes.

When the fish is ready, James advised breaking it a little with your fingers and putting butter inside.

“That’s all you need,” the chef explained, before eating pieces of the cooked Arbroath smoky.

“That is the best ingredient everywhere in the world.”

And there you have it: two ways of eating an Arbroath smoky – either with rarebit or on its own with butter.