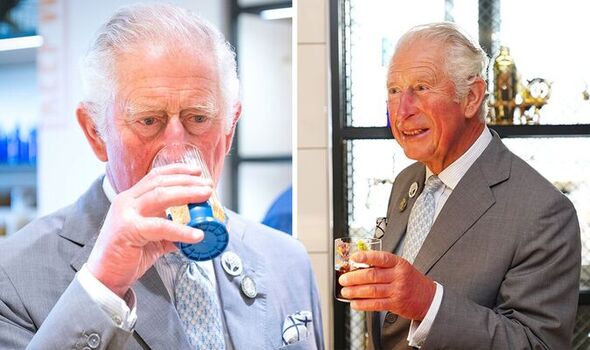 King Charles has sampled some of the world’s finest wines and liqueurs, but apparently, the monarch enjoys the same drink every night “before dinner”. And when he’s not at Clarence House or Highgrove House, the King is very particular about how his drink is served.

In the Channel 4 documentary, The Real Windsors: The Outspoken Heir, King Charles’ friend Count Tibor Kalnoky appeared and shared how the royal discovered his love for Transylvania, and the drink he would enjoy “every night” in the Eastern European country.

Tibor said: “Prince Charles discovered this very unique corner of Europe and has been coming to this place every year.”

Two years ago, the then Prince visited Romania and met with Tibor who found him a house.

“I showed him the place and he said it was everything he had been looking for. We spent some time renovating the whole thing,” Tibor added.

The King purchased a small country house in Viscri, Transylvania, where he has spent time relaxing and enjoying the scenery.

When staying at the house, the King is said to have enjoyed the same drink “every night before dinner”.

Tibor revealed: “He likes a martini before dinner, that’s for sure.”

But, when abroad, King Charles is said to drink his martini from his own glass, which he brings with him.

The martini is thought to have been invented around 1860 and is a crisp, refreshing drink that famously contains just two ingredients – gin and the fortified wine, vermouth.

This classic recipe is stirred with ice, strained and served straight up in a martini glass, and garnished with an unstuffed Spanish olive. Replacing the gin with vodka turns the drink into a vodka martini.

It is not known how King Charles likes his martini, but it is not said to be Queen Consort Camilla’s drink of choice.

Camilla is the president of the UK Vineyards Association, so it is no surprise that she loves wine.

At their 50th anniversary reception, she revealed how long she’s been enjoying wine: “People always ask me how I became involved in it all, well first of all I love wine, but secondly, my father was in the wine business, so I was brought up as a child drinking wine and water rather like the French.”

Prince William is said to like a pint now and again. The future monarch was seen at Battersea, London’s Prince Albert pub in Battersea having a beer with Frank Lampard during the summer of 2020.

He has also been called a “cider man” after he opted for a pint of Aspall Suffolk Draught Cyder instead of a pint when offered by a barman in the Rose and Crown pub in Snettisham, Norfolk.

Kate, Princess of Wales is said to enjoy “a glass of white wine” according to royal expert Katie Nicholl.

Prince Harry used to opt for typical British beer when living in the UK; he and Meghan were reportedly spotted in the Rose and Crown pub in Berkshire in 2019, sipping on pints.

Meghan, on the other hand, likes a glass of wine and she even labelled her former lifestyle blog The Tig after Tignanello, an Italian blended red wine.