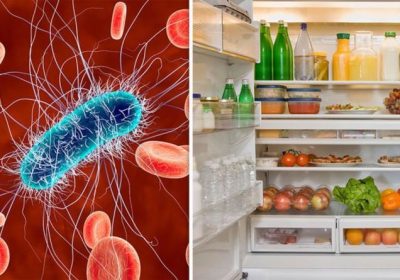 Food poisoning, also called foodborne illness, is caused by eating contaminated food that contains infectious organisms — including bacteria, viruses and parasites — or their toxins. These organisms can contaminate food at any point of processing or production, but mistakes can also occur at home if food is incorrectly handled or cooked. Environmental Health Officer Gareth Jones revealed during Channel 5’s’“Secrets of Your Supermarket Food’ three simple rules to follow when storing food in your fridge at home.

Presenter Stefan Gates said last month: “Last year there were over 11,000 reported cases of food poisoning in England alone, what are we doing wrong with our food?

“Could some of it be down to the way that we look after our food in the kitchen?

“Because, if we get that wrong, we could be putting our family’s health at risk.

“What we rely on more than anything else for keeping our food fresh is the humble fridge freezer – the most common appliance in British kitchens. 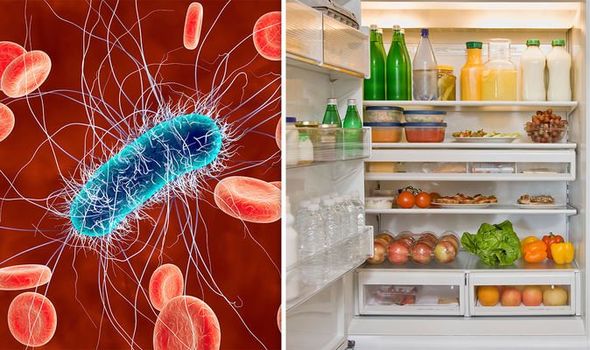 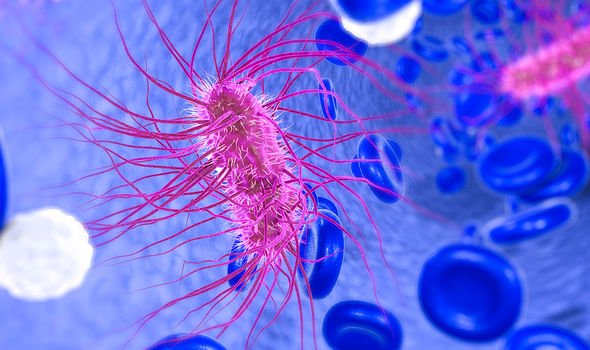 “Over 96 percent of homes have one, but you knew that already.

“I’ve stashed a fridge with a motley crew of mouldy foods, creating a kitchen crime scene to be solved by none other than food safety inspector Gareth Jones.”

Mr Jones outlined the seriousness of food poisoning before heading into the fridge.

He said: “When things go wrong, they go catastrophically wrong.

“We’re not just talking about a few days stuck on the toilet, we could be talking about potentially life-threatening illnesses such as e.coli O157. 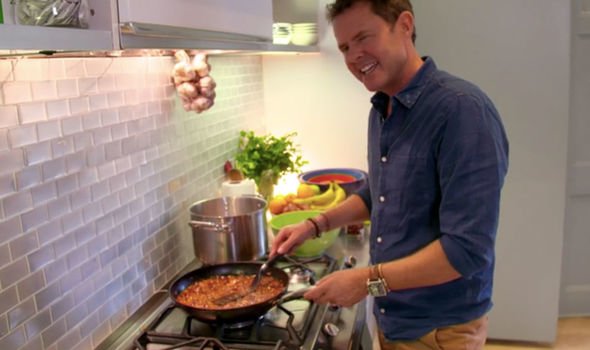 “That can kill people, especially the elderly, the young, it can cause kidney damage too.

“We’ve got people waiting for transplants at the moment because they consumed food that was either stored or incorrectly prepared.”

Mr Jones went through the fridge and identified a few red flags immediately.

He added: “The unfortunate thing about food poisoning is that I can’t taste the bacteria, I can’t smell the bacteria and I certainly can’t see them, so a sniff test isn’t really accurate.

“Looking here, I can see raw sausages that actually looked ballooned to me, we need to throw this out, or maybe get a bomb disposal team in. 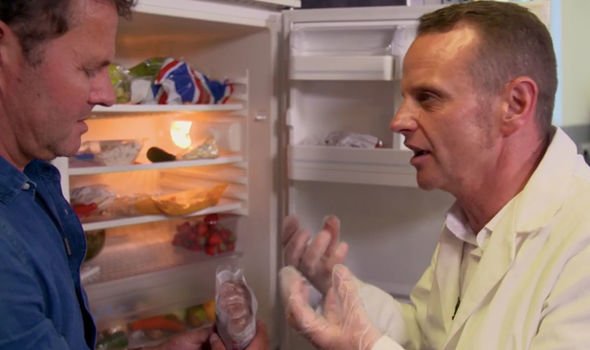 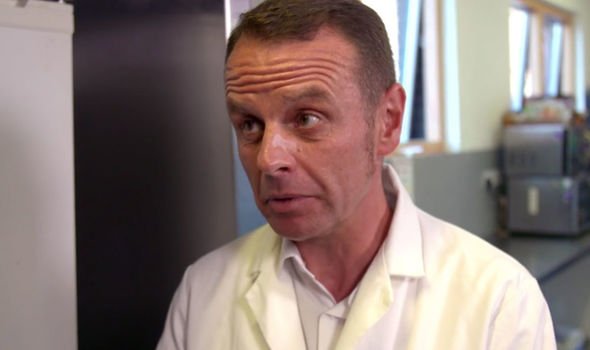 “Raw meat should be stored at the bottom, I really am worried about things leaking.

“If there is some sort of fluid oozing out and dripping through the bars onto maybe some ham, or something that isn’t going to be cooked again, that’s a problem.

“You need so few bacteria to make you ill and something like that could potentially make you very ill.”

The expert also revealed that chilling food below 5C will slow the growth of most bacteria, but explained that the dial in the fridge does not represent the temperature.

He continued: “A common mistake is that people think the numbers relate to temperature – they don’t.

“One of the recommendations I would make to people at home would be investing in a fridge thermometer.

“Don’t put hot food into the fridge either, because the temperature of the fridge is going to rise and everything else could be knocked out of temperature control and could go off.

“Use by dates are also critical to food safety, I would not take the risk of eating anything past its use-by date.

“If we can follow those three simple things, the fridge is our friend.”