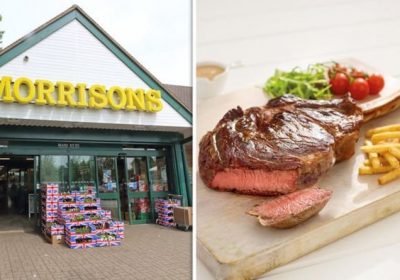 If your dad’s idea of the perfect Father’s Day is tucking into a juicy steak with chips, you might want to head to Morrisons this week. The supermarket has brought back its Tomahawk steak both in store and for online shoppers, just in time for Father’s Day this weekend. The huge steak weighs almost a kilogram and will no doubt sell fast at such a bargain price.

The Tomahawk steak is a thick ribeye with a long bone still attached.

Morrisons calls it the “daddy of all steaks”, with the Tomahawk weighing in at over six times more than the average steak in store.

“Our super-sized steak is 42oz*, aged for 14 days and sold with the rib bone intact for enhanced flavour,” Morrisons said on its website.

“At 14 inches long and eight inches wide on average, you’ll find a generous helping of deliciousness on your plate with this beef beauty.”

The massive steak is big enough to serve three though, making it even more budget friendly – if you can convince someone to share. 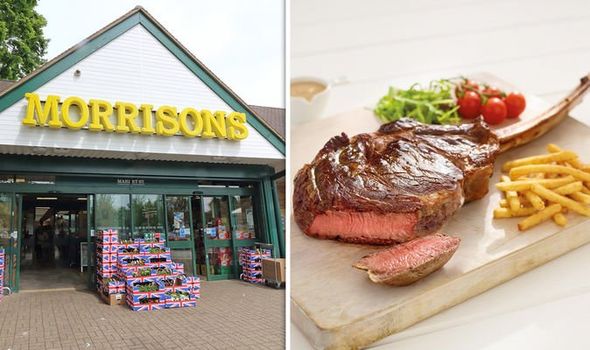 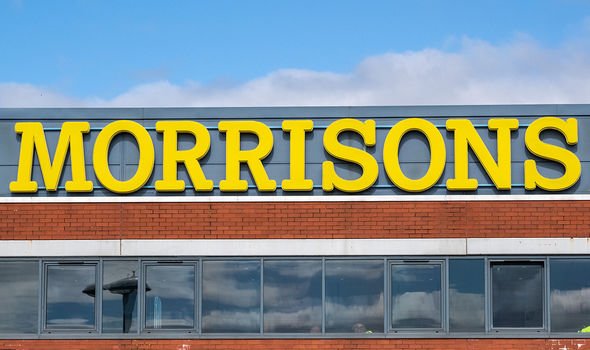 News of the steak’s return was posted on the Hot UK Deals website by a user who said they’d been waiting a year for it to come back, writing “Just under a kilo for £15”.

Others soon posted their comments on the deal, with one asking how you get it into the frying pan due to its enormous size.

Another wrote back with a photo of how they cook their steak, saying: “I like to sear mine in a hot pan then finish it off in the oven.”

However, other posters said they’d put it on the barbecue as they believed it’s too big to cook in their oven.

The fans were posting cooking tips to each other, including one who said: “For those of you cooking these on a BBQ try a reverse sear (cook using indirect heat and then sear it).”

On its website however, Morrisons’ own butcher Darren Spauls offers his own cooking tips for the huge piece of meat.

“Darren recommends cooking the steak by frying and sealing it first, for around three minutes each side, before browning in the oven for a further 25 minutes for a medium steak,” the supermarket commented.

The steak is also suitable for freezing, so if lockdown is putting Father’s Day plans on hold, you can save it for another time. 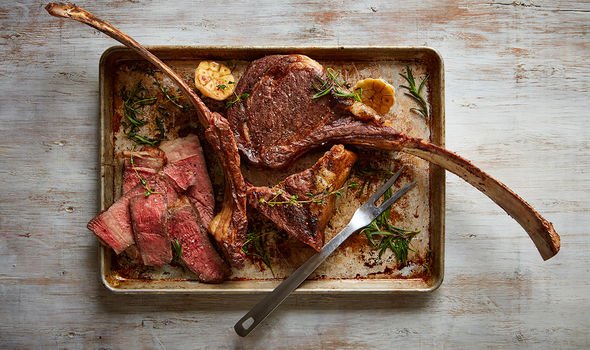 Customers have previously reviewed the super-sized steak on the Morrisons website, giving it an average of four out of five stars.

Another said it was a “big hit” for Father’s Day when they posted back in 2018.

“Bought this as a Father’s Day treat. It was huge.! Looked Beautiful. I used to a small amount of oil [sic], salt n pepper all over then I seared it in a frying pan, and popped it in the oven for 25 mins. Well Morrisons, you’ve done it this time. It was gorgeous.

“The flavour was the best I’ve tasted in a steak for a long time. Shame its not available all year round. I’d thoroughly recommend it. Hubby was well chuffed. He loved it. Thanks Morrisons.” 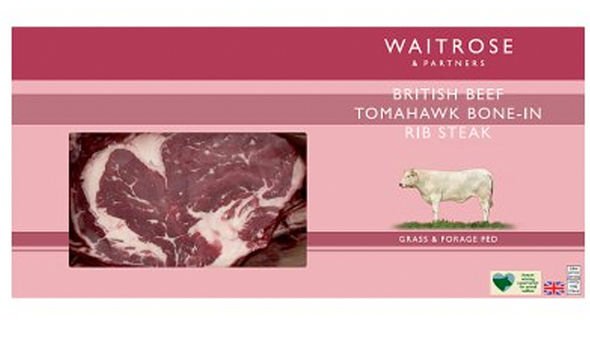 Another reviewer said they were “impressed”, stating: “Enough for 3 people. Suggested cooking time about 10 minutes short. Beautifully tender and melt in the mouth!”

The reviewers all agreed that the meat was very tender and of high quality, with another shopper calling it “proper steak” in 2016.

The fan wrote: “Huge piece of steak, beautifully marbled and aged and like cutting through butter when cooked. Treat yourself.”

However, Morrisons isn’t the only one offering the delicious cut of meat, with a Hot UK Deals user quick to point out that Waitrose has the Tomahawk steak for the same weight and price.

The British Beef Tomahawk has plenty of high ratings in the reviews on the website, with one saying it was flying off the shelves and hard to find in store.