M&S: ‘Expensive’ but ‘lush’ cake jars that divided customers last month are back

Marks and Spencer has reintroduced its cake jars, including a Colin the Caterpillar version, to stores. The products sold out in April, despite being subject to mixed opinions on social media.

Marks and Spencer’s cake jars come in three delicious flavours, which are Colin the Caterpillar, Raspberry Ripple, and Trillionaire’s.

The Colin the Caterpillar Cake Jar is essentially the retailer’s iconic treat squashed in a single-serving jar. 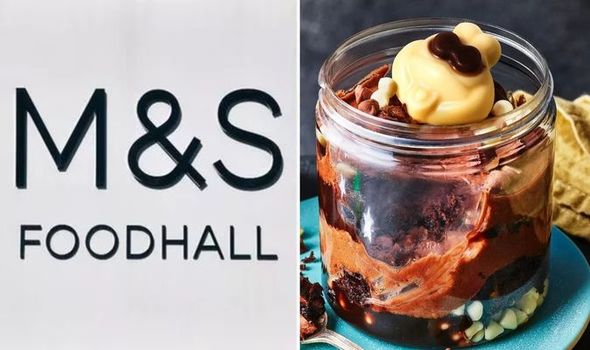 The cakes come in fully reusable and recyclable jars and cost £4 each.

Proving immensely popular with customers, the cake jars sold out shortly after going on sale for the first time in early April.

This time around, Marks and Spencer has said that its is doubling the quantities in stores so more people can have the opportunity to buy the jars.

DON’T MISS:
Healthy hair: How to look after your hair [INFORMER]
Hairstyles: How to do these five hairstyles at home [INSIGHT]
Best hair loss treatment for men: Pumpkin seed oil supercharges growth [EXPLAINER]

The jars, especially the Colin the Caterpillar version, appeared all over social media and even TikTok.

One TikTok user received more than 500,000 views when she filmed herself trying to locate a Colin the Caterpillar Cake Jar.

After finally finding the product, she called it “hella moist”.

Others took to social media to praise the cake jars too. One Twitter user wrote: “These look lush.” 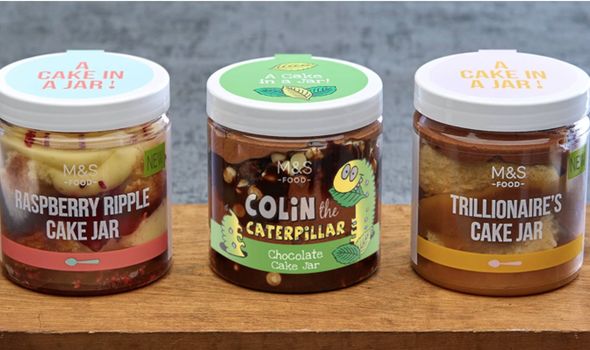 One person wrote: “Think I will be heading to store to buy these this weekend.”

Another added: “This is going to make picnics so much easier, wow, they look so good.”

However, some customers were not impressed with the cakes and thought they were too expensive.

One customer wrote: “Why are they so expensive, you can get a whole cake for only £3 more.”

Another shopper said: “These are essentially offcuts, that’s way too much money.”

Other customers were confused with Marks and Spencer’s choice of packaging.

One person wrote: “I know it says it’s recyclable but let’s be honest, if you’re on a picnic, it’s going straight in the general bin.”

Another shopper tweeted: “Is it a glass jar? Please no more plastic pots.”

Commenting on the new product’s launch last month, Natalie Tate, Lead Product Developer for M&S cakes, said: “These cake jars are absolutely delicious and perfect for picnics, lunches on the go – or pretty much whenever you need a sweet fix.

“Gone are the days of picking a cake to suit all tastes – you can now mix and match to suit everyone.

“Much like an indulgent ice cream tub – there is something about diving straight in with a spoon that make the experience all the more delicious.

“I love the Trillionaire’s, it is the ultimate indulgent, chocolatey caramel goodness – a must try! But of course, all are delicious.”

M&S has not yet announced the news that the cake jars are back in stock on its social media, but the retailer expects the products to sell out just as quickly as in April.