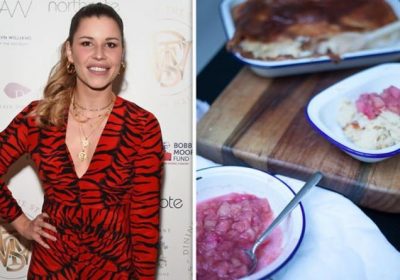 The UK lockdown has had a huge effect not only on the way people live but on how they shop for essentials, too. Though supermarkets are managing to stay fairly stocked up compared to the initial weeks of panic, flour is still very hard to come by. But there are still plenty of sweet treats to bake that don’t need flour – and Great British Bake Off contestant Manon Lagréve has shared an easy recipe that novices will love.

Rather than traditional cakes, those wanting to bake their way through the lockdown will have to come up with other afternoon tea treats if they can’t find flour in the supermarkets.

Demand has put a lot of strain on the shops as Britons stockpile products over fears that they will run out, as well as the trend for baking banana breads and other cakes being at an all-time high as people stay indoors.

However, while many bakers will think flour is a necessity for cakes and puddings, there are lots of flourless recipes that taste just as good – and Manon has plenty of ideas for inspiration.

Manon got her big break in baking when she appeared in the 2018 series of the Great British Bake Off show. 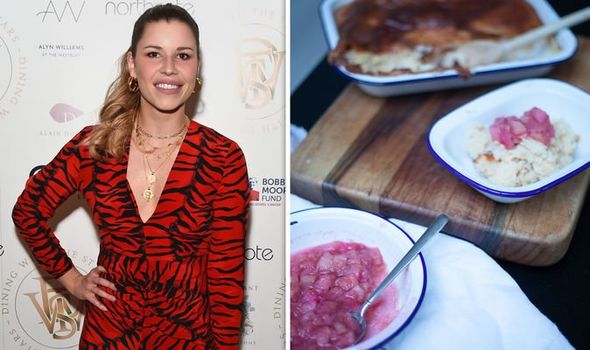 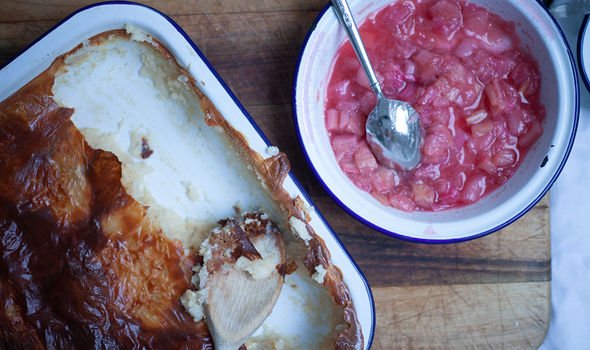 The French cook won over both the viewers and the judges from episode one.

Manon was awarded Star Baker by tough judges Paul Hollywood and Prue Leith thanks to her recipe for the Biscuit Week.

She successfully impressed the panel week after week in the competitive show, and was a quarter-finalist in the series.

Manon had been cooking for a few years before she went onto the Channel 4 show, baking recipes for her blog, Manon’s Little Kitchen, which she started in 2016.

The Bake Off star previously shared her recipe for no-flour financiers – small French almond cakes, which get their name from their oblong gold bar-like shape.

The creative cook has teamed up with Maple from Canada to support their maple syrup producers in her baking.

Maple syrup is often used in baking recipes as a sugar replacement, or to top up sugar quantities for cakes and desserts.

In this flour-free recipe idea, the syrup is used to create a rhubarb compote to accompany a traditional rice pudding. 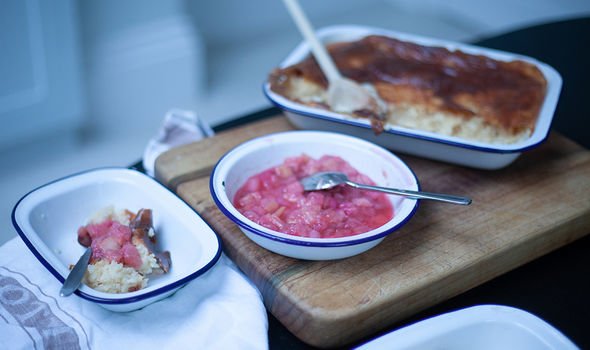 For the rice pudding:

For the rhubarb compote: 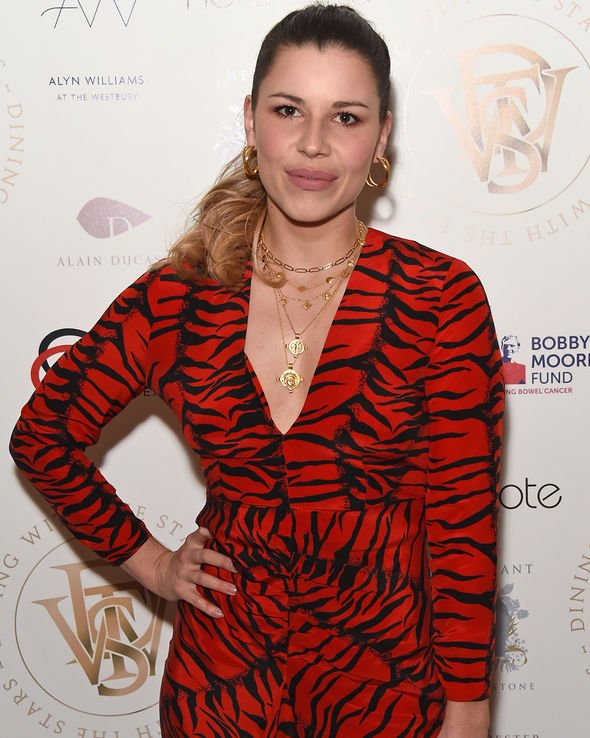 1. Prepare the rice pudding: In an oven tray, mix all of the ingredients together.

3. Make the compote: Prepare and dice the rhubarb. In a pan, mix the pure Canadian maple syrup and vanilla, and cook for 10 minutes on medium heat until the rhubarb is soft.

Serve everything together and enjoy!