Home » Everyday Meals » Parmageddon: A 100% Tariff on Cheese Would Be a Disaster

Parmageddon: A 100% Tariff on Cheese Would Be a Disaster 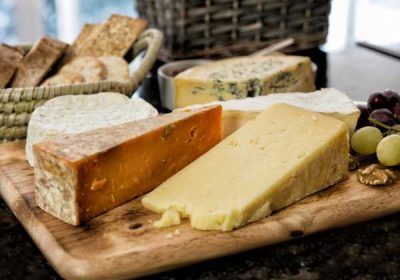 Do you love cheese? You’re reading this right now, so I’m going to assume the answer to that question is yes. If you also happen to love imported cheese, I hope you’re sitting down because I’m afraid I have some bad news: there’s a trade war brewing that could lead to the United States government imposing a 100% tariff on cheese and other tasty imports from the Eurpoean Union.

It’s hard to figure out how and why cheese and other imported foods are in the crosshairs. The origin of the trade dispute between the US and the EU dates all the way back to 2004. On behalf of Boeing, the federal government initiated a suit against the European Union before the World Trade Organization, claiming that the EU granted billions in illegal subsidies to Airbus, a rival of Boeing’s in the aerospace industry. After a protracted dispute, the WTO ruled on behalf of Boeing and the US in 2018, a decision which authorized the US to institute retaliatory tariffs in order to recoup damages.

Now, for whatever reason, cheese, wine, and olive oil exporters in countries like Italy, France, and Spain will bear the brunt of that jump from about 12% tariff rates to 100%. In total, 90% of all European cheese would be affected. The decision will likely be costly, as data from the Cheese Importers Association of America suggests such imports from the EU generate $3 billion in revenue for US companies. In turn, consumers would face significantly higher prices for everything from Parmigiano Reggiano to Holland Gouda.

The decision already has importers crying foul, fearing an adverse economic impact on both sides of the Atlantic. “The tariffs would not only punish the European workers, but would be devastating to the American consumer, workers and American companies,” says CIAA president Philip Marfuggi, whose industry group estimates that a minimum of $20,000 could be lost as a  result of higher tariffs. “A dispute in the aerospace industry between Airbus and Boeing should be resolved in that sector [without] including cheese, wine, olive oil, pasta, and a multitude of different products that have nothing to do with airline manufacturing.”

Watch: How to Make Cheese Sauce

Instead, businesses like Di Palo’s, a family-owned institution in New York City’s Little Italy, and the artisanal Italain producers they work with will be fermenting with rage. Lou Di Palo, who owns the business founded by his great-grandfather, believes the tariffs have little to do with protecting dairy farmers in a country that already leads the world in cheese production by an individual country.

“It would be devastating for us, because almost every product we sell here is facing this 100% tariff,” he says. “People in Italy are also worried. Putting such a heavy burden on small Italian cheesemakers that have been doing this for multiple generations will cause them to lose a certain percentage of American consumers, and that’s really unfair.”

While Di Palo says he “of course” won’t stop selling Italian cheeses, he’s accepted that he’ll have to sell his range of imports at higher prices that yield lower margins. That will discourage consumers from buying imported cheeses while reducing how much a company earns when they do. The end result is a scenario in which consumers are going to buy less cheese in the present, with no guarantees that the importers they turn to will still be around by the time the extreme tariffs are lifted.

There’s no exact timeline of when the tariffs would take effect, but the deadline to submit comments on the subject (for now) has closed. One can only hope that the Trump Administration will change course and direct these retaliatory tariffs towards European businesses closer to the heart of this trade dispute, sparing the smaller businesses and artisanal producers whose livelihood is at risk through no fault of their own.

For now, both buyers and sellers of imported cheese can do little more than brace for the worst. “In 100 years we’ve faced many challenges in business from the Great Depression, to two world wars, to changes in neighborhood demographics,” Lou Di Palo says. “This is going to be one of the biggest challenges we’ve ever faced.”