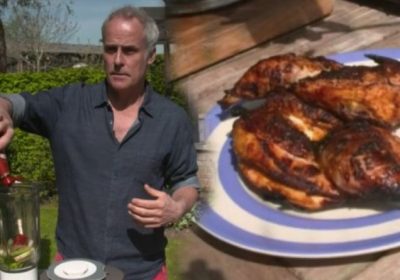 Phil Vickery appeared on This Morning today, showing ITV viewers how to create their own peri peri chicken at home on the barbecue. How can you make the family favourite?

Phil first cut his whole chicken into a half.

He explained to viewers: “With a sharp knife you need to go through the cavity of the chicken.

“Then go though the other side and cut out the spine.”

After he cut through the breast and halved the chicken seamlessly.

“I take a sharp knife and take off the knuckle on both sides,” he went on.

Phil then put the chicken onto a tray, ready to be marinaded. 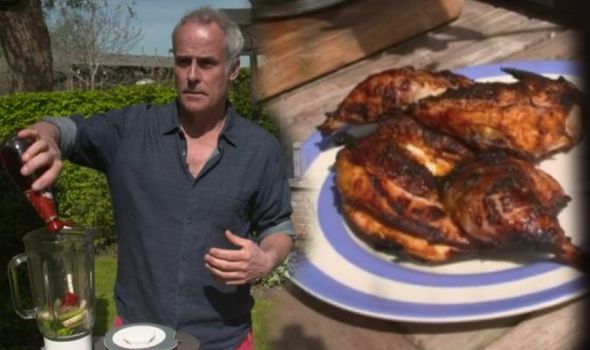 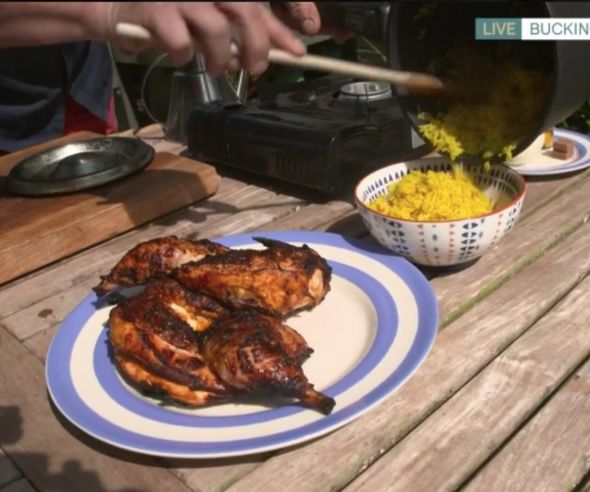 Tablespoon of chopped or ground coriander

Tablespoon and half of tomato puree

A little dash of sugar

Squeeze of lemon or lime juice

Phil liquidised all these ingredients into a thick paste.

He added: “Bear in mind this is a marinade, a seasoning, rather than a sauce that covers the chicken.”

The chef went on: “Then add half the marinade onto the chicken and spread it out. You don’t need huge amounts.”

He recommends leaning it overnight, but you need at least a couple of hours.

When it comes to cooking, Phil instructs: “Grill (the chicken) on a BBQ for four or five minutes each side on a medium heat, and then leave it with the top down to bake. 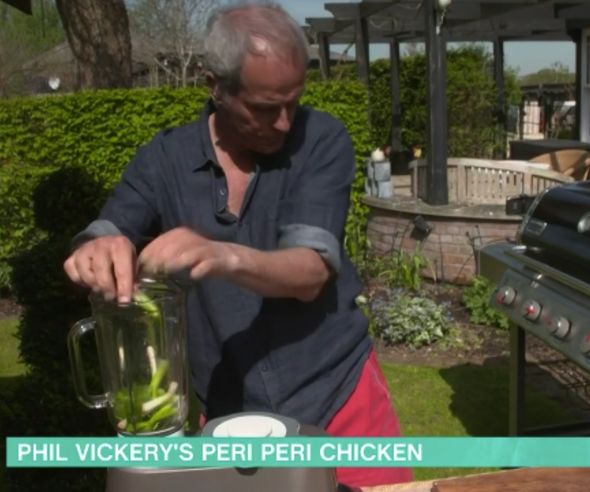 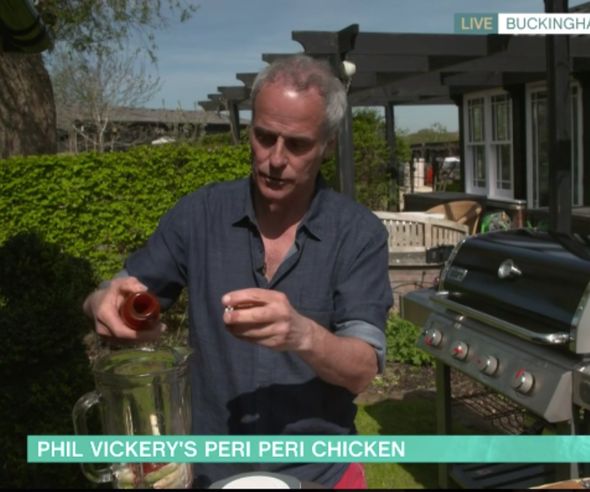 “Leave the chicken on the side to rest of a couple of minutes before serving.”

He also provided recipe for a rice accompaniment.

Phil advised cooking the side in one pot, first frying the onions in it.

He said: “Cook the onion for a couple of seconds, then add the rice, with 2cm of water on top.”

Add turmeric and a stock cube to the water, and let this cook until the rice is ready and the water is absorbed.