While the Royal Family has some of the best chefs in the world to cook whatever their tastebuds desire, they are apparently partial to ordering a takeaway sometimes. Some royals enjoy curry, while others like the taste of fresh fish and chips. There is one takeaway, however, the Queen is said to enjoy when she visits Balmoral.

When visiting Balmoral, in Scotland, the Queen is said to have ordered dinner from a local chip shop.

A royal insider told The Sun: “She very occasionally treats herself to fish and chips when at Balmoral,” adding that “a footman is dispatched to get it from the local town of Ballater.”

Royal correspondent Jayne Seymour also said the Queen has enjoyed a takeaway kebab at least once.

When in Swaffham, the monarch is said to have eaten a kebab from Krazy Kebabs takeaway, but it was never revealed whether she enjoy it, or ordered from there again. 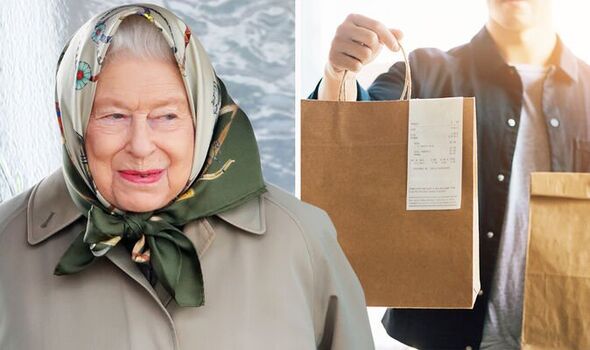 The heir to the throne’s favourite takeaway hasn’t been revealed, but his favourite pizza topping has.

Back in 2019, when greeting crowds at St Boswell’s, Prince Charles was presented with a margarita pizza from Chef Erminio Di Meo.

Speaking through a translator, the chef told the Press Association at the time: “I wanted to give him the pizza as he is such a big part of this country.

“He was curious, he smiled and I said ‘it’s a margarita. I believe the prince said ‘it’s my favourite.’”

When being interviewed by her son for YOU magazine, Camilla revealed a favourite takeaway of hers.

Like her mother-in-law, the Duchess enjoys “freshly cooked fish and chips wrapped in paper”.

“That smell,” she added. “You cannot beat proper fish and chips.” 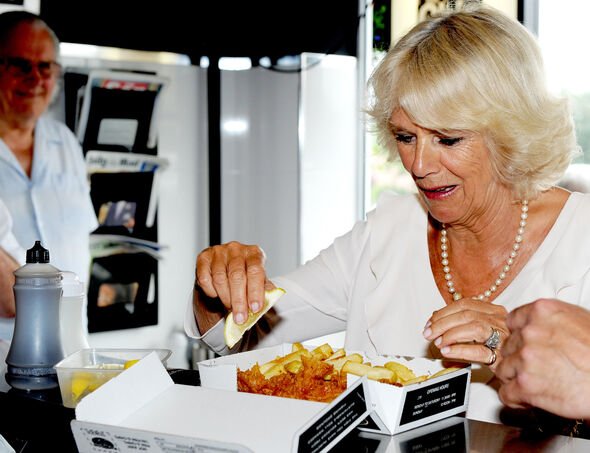 Apparently, Prince William is a fan of both Chinese and pizza – sometimes having difficulty choosing which one to eat.

“It’s a real conundrum when it comes to it. Pizza, curry, or Chinese,” he admitted.

When he fancies a curry, William likes mild choices.

During an episode of That Peter Crouch Podcast, William said he enjoys “chicken masala”.

“Love that, a bit of flavour. I’m not a vindaloo man put it that way,” he added.

According to Hello!, William is also a fan of a cheeky Nandos, which he was introduced to by his police protection officer.

The Duchess of Cambridge was asked about her favourite takeaway during an interview with BBC Radio One back in 2017.

Kate then went on to explain how William isn’t a fan of spicy food, so she’ll sometimes just order it for herself.

“It doesn’t usually get ordered to the palace, we tend to go and pick it up,” she said, before adding: “Not ourselves.”

Kate and Will also used to enjoy eating fish and chips when they attended St Andrews University in Edinburgh together.