Record-Breaking Temperatures Will Score These Cities Free Beer in June 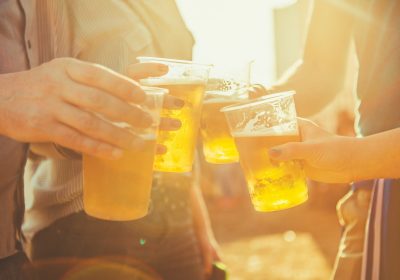 Most beers aren’t meant to be served super cold. For instance, CraftBeer.com recommends an American IPA be served between 50 and 55 degrees and says a tart Berliner weisse is best a bit colder at 45 to 50 degrees. But Coors Light bills itself as bringing “the ice-cold refreshment of the Rockies” to beer lovers, meaning battling the heat is part of its sales pitch. To hammer that point home, this June, Coors Light will be offering ten cities the prospect of free beer under one condition — if they hit record-breaking high temperatures at any point throughout the month.

Coors has chosen ten cities across the country for this temperature-tied promotion: Albuquerque, NM; Austin, TX; Buffalo, NY; Columbia, SC; Las Vegas, NV; Lincoln, NE; Nashville, TN; Pittsburgh, PA; Tampa, FL; and Washington, DC. “If and when a record is broken in any of these markets, locals can get completely free, refreshingly cold Coors Light at participating bars in each location,” a spokeswoman told me. To clarify a bit, she explained that all these locales have to do is break the record for that specific day of the year. “For example, if June 3 is the hottest June 3 of all-time in that market, they unlock free beer,” she added. The brand says it will reach out to local news outlets after a record has been confirmed broken to let people know which bars will be slinging the free suds.

But that’s not all: Whichever of these ten cities “shatters the biggest record” will get one more day of free beer, courtesy of Coors Light’s “World’s Most Refreshing Coldstream” — a converted Airstream trailer that is not only adorned with Coors Light artwork but also features “multiple tap handles that include partially frozen Coors Light, mist sprayers, and other fun gadgets.” The Coors Light Coldstream will presumably pay the winning city a visit at some point in July once all the weather data has been crunched — though Coors Light didn’t provide any details. But if you live in any of the ten cities above and happen to see a giant Coors Light Airstream barreling down the highway, it’s probably not a heat-induced mirage.