Home » Everyday Meals » Royal Family: The food that’s never on the Buckingham Palace menu – ‘have to be careful!’

Royal Family: The food that’s never on the Buckingham Palace menu – ‘have to be careful!’ 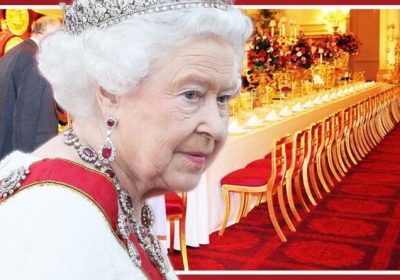 Members of the Royal Family undoubtedly have their pick of the best food money can buy. But there have long been reports of ‘rules’ regarding royal dining, and it seems some food items are kept off the royal menu altogether.

When royals are out and about, either at home or abroad on royal tours, they need to be on top form.

So it appears the Royal Family avoid shellfish when dining, as it can carry a risk of illness in some cases.

Former royal butler and etiquette expert Grant Harrold told Express.co.uk: “When dining, the Royal Family has to be careful with shellfish due to shellfish poisoning, due to their work schedules.

“Therefore you will not normally find this on the royal menu.”

Aside from shellfish, several reports over the years have suggested there are other foods the Royal Family tend to steer clear of.

The Queen is said to dislike onions and garlic, so these items are thought to be off the table too.

Camilla, Duchess of Cornwall seemingly confirmed this when she appeared on MasterChef Australia, and she was asked what the royals won’t eat.

She replied: “I hate to say this, but garlic. Garlic is a no-no.”

Foie gras was also removed from the royal menu by Prince Charles several years ago due to animal welfare concerns.

Foie gras has long been controversial, as the process to make the food involves geese and ducks being force-fed to make their livers swell.

The deputy master of the household at Clarence House, Andrew Farquharson, told the Daily Mail in 2008: “The Prince of Wales has a policy that his chefs should not buy foie gras.”

Exactly what the Queen and other royals eat in their daily lives isn’t common knowledge, but the Queen reportedly opts for simple dishes, like fish and vegetables.

And Prince Charles is enthusiastic about organic produce, even growing a lot of his food at his Gloucestershire home of Highgrove.

Charles also keeps his own chickens on the estate, earning it the nickname ‘Cluckingham Palace’.

And unusually, Charles is thought to skip lunch in favour of a late breakfast and dinner only.

Former royal correspondent Gordon Rayner previously wrote in the Telegraph: “Lunch is seen as a luxury that gets in the way of his work, so he eats a late breakfast and works through.”