Schoolboy who only ate ‘beige food’ hypnotised in time for Christmas 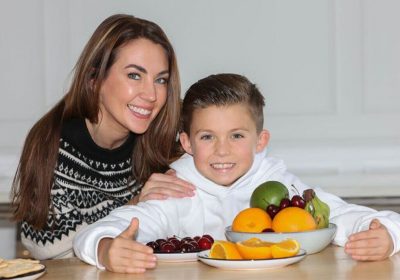 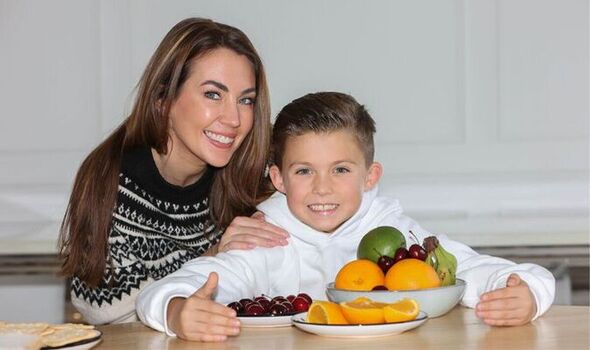 Hypnosis has reportedly helped cure a schoolboy who couldn’t stand vegetables and only ate “beige foods” – just in time to enjoy his Christmas dinner.

Noah Young, nine, has suffered from avoidant restrictive food intake disorder (ARFID) since 18-months-old and once threw up just from eating a carrot.

Avoidant/restrictive food intake disorder (ARFID) is an eating disorder, SWNS reports. Children with ARFID are extremely picky eaters and have little interest in eating food. They eat a limited variety of preferred foods, which can lead to poor growth and poor nutrition.

ARFID usually starts at younger ages and can be caused by psychological or sociological factors.

The football-mad youngster always refused to eat any fruit and vegetables and stuck to an unhealthy diet of just beige junk foods, which stunted his growth. Noah’s breakfast consisted of toast, pancakes or dry cereal without milk while lunch and dinners involved mainly plain pasta, chips, chicken nuggets or pizza. Eating something new or different would make the picky schoolboy gag or even be sick in more serious cases.

35-year-old Mum Caroline decided to get professional help after doctors dismissed him as a fussy eater and turned to London-based hypnotherapist David Kilmurry.

After just one three-hour session, Noah has now enjoyed his first taste of fruits and vegetables alongside other foods he has never tried before. Caroline, of Derby, said: “When Noah turned 18 months old he suddenly just got fussier. He once got sent home from school when he was six for being sick after they tried to make him eat carrots. They tried to encourage him to eat his fruit and vegetables but he was just getting worse and even lettuce would make him throw up.

“He used to have pasta with the sauce but then he just wanted it plain. Everything was plain. With potatoes, he won’t eat them unless they are chips. I just assumed it was fussy eating as everything says that. Trying to get him to eat anything good was a challenge, he would be crying and gagging.

“When it started getting bad we noticed he wasn’t growing. We were trying to find someone to deal with it. I was worried he wasn’t going to develop. He ate plain pasta, ham sandwiches and jam sandwiches, crisps, chocolate, pizza, chicken nugget, all the beige junk foods. He would go to bed without eating at all when we were trying to get him to eat things that were good for him. That’s when we thought this was more than fussy eating.”

Caroline read an article online about a woman suffering with ARFID who got help from David so she contacted him in a bid for help and she was left stunned after Noah began eating new foods for the first time in more than seven years after just one session.

Mum of three Caroline, who works in social media, added: “The doctors just assumed he was a fussy eater. But David got him eating oranges, mangos and cherries. He did magic tricks to keep him calm. He kept breaking it up to encourage him. We saw him just two weeks ago, on the first session he got him eating it. He bases it on meditation and he was calm. We’d been trying for years and David got him to do it straight away.

“He’s given us a diary and we’ve got to do 50 foods by December 17. So he should be able to have a proper Christmas dinner this year.

“He’s still got his normal diet but now he’ll have an orange or cherry for a snack instead of a biscuit. He’s having peas and sweetcorn in small portions. He’s encouraging him to eat better already. If he can eat over 50 types of food he isn’t classed as having ARFID anymore.

Caroline was worried Noah’s limited food intake would limit his growth but she remains confident he will have a growth spurt if he continues to improve his diet. She added: “He’s still small, my son who is two-and-a-half years younger is taller than him. It definitely affected his growth. When you see all the lads he plays football with, he’s nowhere near their size. Last weekend they had a huddle and he got lost in the middle.

“Hopefully he will progress. It’s time and patience and I’m just happy he’s even trying them. He hasn’t been sick since, he realises these foods will not hurt him.

“He’s massively pleased that he’s trying things. You can see he’s proud of himself and so he should be.”