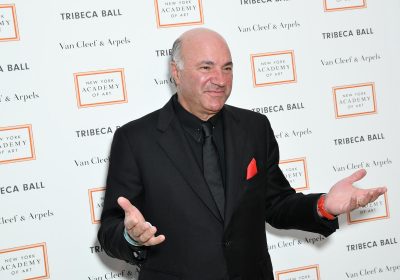 If there’s one thing rich baby boomers love more than low capital gains taxes, it’s criticizing the spending habits of millennials. “If you ever hope to climb to the commanding heights of the economy,” they decree to us, “you better stop paying money for coffee, avocado toast, or anything other than the cheapest gruel you can shovel into your mouth.”

One person guilty of saying these things is Kevin “Mr. Wonderful” O’Leary, who you might know as the bald white guy on Shark Tank. While most of the advice such so-called financial experts provide us is often or willfully ignorant of current macroeconomic realities that young people face, O’Leary’s criticism of millennial spending habits is also hypocritical.

That’s because a recent CNBC interview revealed the man who’s made himself famous by bidding or passing on small businesses admits to spending one thousand dollars a day on dining out. “I’m on the road all week, five days a week. I’m spending about $1,000 a day on food, or $5,000 a week,” he admitted.

Sounds ridiculous, right? Well, to Mr. Wonderful, this isn’t frivolous spending that he and so many others of his age and profession love to criticize, but an investment. He’s such a busy, sought-after businessman that he’s making crucial deals over breakfast, lunch, and dinner: “For example, today’s breakfast cost me about $200,” O’Leary told CNBC. “It was a very important meeting with somebody I have to do business with.”

Read more: This 'Shark Tank' Invention That Keeps Beer Cold Is the Koozie of the Future

I can’t even fathom what a $200 breakfast would look or taste like. Is the man drinking coffee laced with gold flakes? Purchasing giant mountains of doughnuts to share with various captains of industry? As someone who balks at spending more than $10 on breakfast, I truly can’t wrap my head around it.

On the day of his CNBC interview, O’Leary still had a combined $800 left over to spend on lunch and dinner. That money could probably buy enough pizza to feed an entire high-rise apartment building.

To his credit, O’Leary admits to CNBC that his food spending sets a “bad example” in light of the advice he dispenses to others, not to mention the fiscal responsibility he likely expects from the people he invests in on the show. He also notes that the spending is as high as it is because he always pick up the check, since he doesn’t want to owe anyone anything (or maybe he just wants the credit card points).