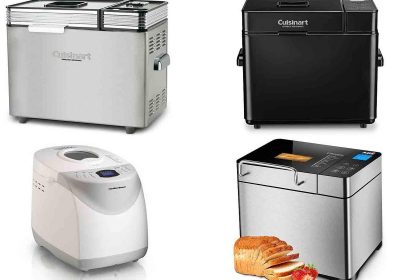 There comes a time in every quarantined person’s life where you decide that, of all things, it’s time to make homemade bread. Perhaps it’s a sign you’re becoming stir-crazy, or perhaps it’s just that you finally have enough time to kneed, set, and bake the thing. Regardless, if you’ve been on social media lately you’re sure to have seen images of bread makers on your feed.

I started noticing this increased interest in bread makers when Ellen Degeneres’s producer, Andy Lassner, took to Twitter for advice on which he should buy. “I’m serious,” he wrote. “I wanna make bread.” His reason? Boredom and the realization that he might never retire. That’s the kind of honest consumer review we love to see.

Is following along somebody’s bread-maker journey the best thing to spend time on? Yes. And the internet seems to agree that social distancing is the perfect time to invest in a bread maker and really test the appliance out — especially since bread seems to be selling out quick in stores. Sales for bread makers on Amazon have increased by 44 percent these past few days, according to its Movers and Shakers page.

Lassner went with Amazon’s best-selling model, the Cuisinart CBK 110 — which is now sold out. However, for those wishing to distract themselves in the form of bread-making, there are similar models still available.

This article originally appeared on People.com.