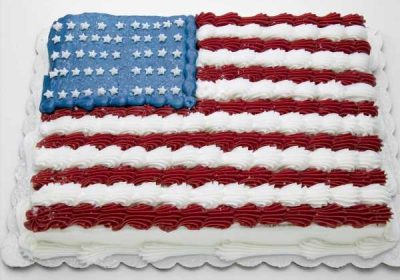 As Lenin once said, “there are decades where nothing happens, and there are weeks where decades happen.” Between a massively disruptive pandemic and a more serious focus on systemic racism, the current moment and its multiple crises has motivated many people to push for positive change and envision a better world.

Other people, it would seem, also believe the time is right to ask Costco to bring back their half-sheet cake.

If a Change.org petition is any indication, there are more than 800 people out there who strongly believe Costco needs to bring back the half-sheet cake that it decided to discontinue during Covid-19. As the description reads: “Bring back the amazing Costco half-sheet cakes! Birthdays and special occasions will never be the same. Pure perfection!”

Announced by Costco in late June, the discontinuation was an effort to keep customers and bake staff safe at a time when the kind of gatherings that called for a massive half-sheet cake weren’t exactly in compliance with public health guidelines. Still, those who commented on the petition suggest there’s ample reason to bring it back.

“There is not one single cake on earth better than Costco’s half sheet cake,” one signee wrote. “I fear that my daughter's future may hold birthday parties with some lesser cake when all you had to do was not pull your single most valuable creation from its beautiful stainless steel shelf.”

Another felt that the half-sheet cake does not in and of itself suggest that you’re violating social distancing. “Buying a cake doesn’t mean you’re having a huge party,” said Tina. “A lot of businesses by [sic] these cakes for their essential workers!!”

I’m not sure I totally buy that argument, but maybe Costco can be swayed. While they mentioned at the time that they had no immediate plans to bring back the half-sheets, one would think that they’ll be back in stock once the world is “normal” again. Will this petition speed up that timeline? Who knows. But if signing it makes you feel like you’re doing something meaningful, go for it.