It’s no secret that Disney’s been absolutely killing the dessert game lately. Well, folks, it seems the happiest place on Earth has done it again—just look at these Star Wars-themed doughnuts:

Star Wars Donuts!!!! ▪︎ $5.50 each AP discount available ? ▪︎ The force is with us! These X-Wing and R2D2 donuts can be found Whitewater Snacks in the Grand Californian Hotel pool area near DCA. Huge thank you to @ivieanne for tagging us on this one. I literally dropped what I was doing and came to the Parks to get one! I think you all are seeing how big of a Star Wars fan I am (Chad)…everything is Star Wars, Star Wars, Star Wars AND I AM LOVING IT!!!! Enjoy the rest of your Sunday and grab these cake donuts with icing that'll stain your fingers the next chance you can! ?

A post shared byＦｏｏｄＡｔＤｉｓｎｅｙｌａｎｄ (@foodatdisneyland) on Jun 2, 2019 at 6:15pm PDT

According to Disney Food Blog, the out-of-this-world treats are available now at White Water Snacks at Disneyland’s Grand Californian Hotel.

“The texture of the donuts is nice and moist, just as we’ve come to expect from previously released donuts at White Water Snacks, and the berry frosting was not too strong,” the blog post reads.

Sounds delicious. Try these, we must. 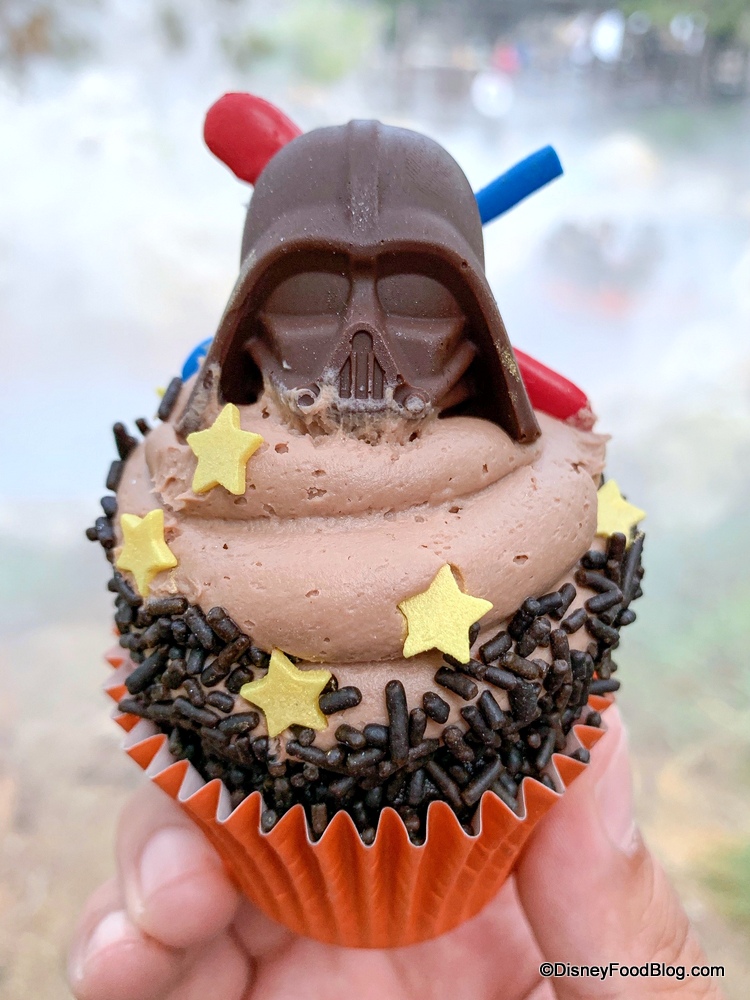 The cupcake is topped with airy chocolate mousse frosting, sprinkles, and a milk chocolate Darth Vader mask—totally worth a trip to the dark side.