Home » Everyday Meals » Sugar and salt tax: How much your favourite foods could cost under new plans – exposed

Sugar and salt tax: How much your favourite foods could cost under new plans – exposed 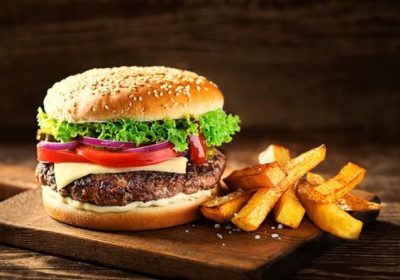 GP: 'It’s not our role’ to educate people on healthy eating

The National Food Strategy has called for the introduction of the world’s first Sugar and Salt Reformulation Tax, following an independent review. To save lives, as well as protect the environment and the NHS, the review said diets need to change in the UK. Namely, people need to consume less sugar, salt and meat.

How much could your favourite foods cost?

The Sugar and Salt Reformulation Tax could see a £3 per kg tax implemented on sugar.

The proposed initiative could also see a £6 per kg tax added to wholesale salt.

According to the FT, the changes could increase the cost of a Mars bar (which contains some 30g of sugar) from 65p to 74p.

The changes could also see 1p added to the cost of a bag of crisps.

These taxes would apply to salt and sugar sold for use in processed foods or restaurants and catering businesses.

According to the report, these taxes would incentivise manufacturers to reduce their portion sizes, or to reformulate their recipes.

“Company bosses do not dare to stop investing in these foods, in case they lose their competitive edge.

“Both consumers and food companies are stuck in a reinforcing feedback loop – a Junk Food Cycle. The results are dire.”

He said: “What is happening is there is an interaction between the commercial incentives of companies and our appetites.

“We find these foods that they’re marketing delicious, they don’t make us as full as quickly – we eat more, they invest more.

“You’re not going to break this junk food cycle … unless you tackle it directly, and that is what we are recommending with the Sugar and Salt Reformulation Tax.”

Will the new sugar and salt tax be introduced?

So far, there has not been official confirmation from the Government of the introduction of a new sugar and salt tax.

Communities Secretary Robert Jenrick said the Government will need to be cautious about introducing a new tax, adding he doesn’t want to “make life more difficult” for people on a low income.

Mr Jenrick told LBC Radio: “I think you have to be very cautious before putting burdens on members of the public, particularly those on lower incomes.

“I do think you have to be very careful about going down that route because I don’t want to make life more difficult for people on low incomes.”

Mr Jenrick added in an interview with Sky News: “This is an independent review. It was commissioned by Government a couple of years ago but we haven’t had any control over the findings.

“They are interesting findings that the Environment Secretary (George Eustice) is going to consider and then bring forward our own strategy in the coming months.”

Rather than targeting the consumer, it is hoped the new tax would encourage manufacturers to reduce the sugar and salt content in food.

If the new tax is introduced, billions could be raised and a percentage could be spent on initiatives to expand free school meals and increase healthy eating.

Does the UK already have a sugar tax?

Dubbed the ‘Sugar Tax’, the Soft Drinks Industry Levy came into effect in 2018.

In response to the new tax, many manufacturers reformulated their drinks or offered low-sugar alternatives.