Home » Everyday Meals » The Best Single-Serve Coffee Makers, According to the Best Experts

The Best Single-Serve Coffee Makers, According to the Best Experts 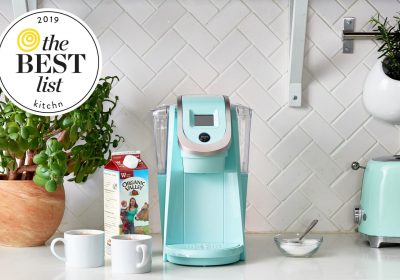 When it comes to drip coffee, there are really two types of people: Those who want (or need) to make a full pot, and those who just want to make their own cup and be on their merry caffeinated way. For the latter, there are Keurig and Keurig-like machines — the kinds that use a pod system to make a single serving of coffee just the way YOU like it. Keurig really was the first of its kind and, now, there are dozens of companies offering similar machines. Which one is best if you’re in the market for a single-serving coffee maker? Let’s see what the other experts have to say. Then, we’ll weigh in with our own thoughts.

The Best Single-Serve Coffee Maker, According to Wirecutter

Wirecutter seemed to have a bit of an internal struggle picking a single-serve machine. (They’d really rather suggest a French press, a pour-over device, or a regular drip coffee maker.) Eventually, they settled on this guy because it’s small yet mighty — and the least expensive of all Nespresso machines. Use it to make an espresso or a lungo, which is espresso with more water and pretty close to the cup of coffee you’ll be looking for.

Have you ever seen a smaller electric coffee maker? This is the bestselling single-serve brewer on Amazon and reviewers love its teeny tiny footprint (it’s less than five inches wide!), the fresh coffee it brews on demand, and the fact that it doesn’t have a large water reservoir that can get gross over time. This machine is legit no frills: You add the amount of water you want to brew and it makes six to 12 ounces of coffee. And that’s it. It’s great for dorms, small apartments, coffee fanatics who travel, and anyone who doesn’t want to give up a lot of real estate for a small appliance.

Consumer Reports picked this machine because it has a removable water reservoir, adjustable brew temps, a movable drip tray, and auto shutoff. It brews Illy’s Italian coffee super consistently (and quickly handles cup after cup) and does both coffee and espresso.

Honestly, this is a hard one! Most of the single-serve coffee machines out there brew coffee that’s just okay and many of them are incredibly wasteful. And if you’re going to try the reusable pods, you can also make French press coffee with about the same amount of effort. But! We really do love the Nespresso machines for easy-access espresso and like the idea of using the lungo option to make something more like a regular drip coffee.

Do you have a single-serve coffee maker that you swear by? Leave your thoughts in the comments below.