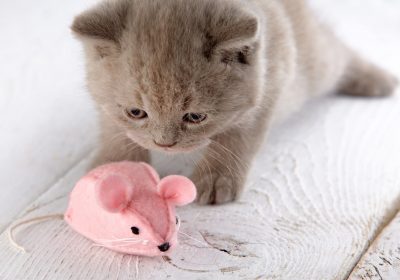 Believe it or not, this post idea wasn’t just a ploy to be able to use this adorable photo. (Although it certainly helped us decide that it was a post worth writing!) The logic behind this post is simple: If you’ve had any sort of pest or insect issue, it’s a good idea to keep traps or bait on hand, should that issue show signs of resurfacing. So with that in mind, we scoured Amazon to uncover the bestselling traps and bait solutions. Here’s what other people are buying — and what you should buy, too.

This is one time we don’t agree with the masses. This glue trap is the bestselling mouse trap on Amazon, but we just can’t get behind it. (Glue traps aren’t always effective and they’re super tragic!) Even though this is what most people are buying (it has more than 1,400 five-star reviews!), we vote for one of these. More specifically, either this humane trap, which operates on a catch-and-release system, or this trap, which kills mice on impact and happens to be Wirecutter‘s top choice.

Not exactly a trap, this stuff is bait gel — and it’s apparently highly effective. We don’t want to get too into the weeds here (there might be roaches in there!), but one Amazon reviewer said that roaches would RAIN DOWN FROM THE CEILING in the kitchen. She stopped carrying purses because there was almost always one IN HER PURSE! This stuff came through when she was starting to run out of options and she hadn’t seen a single roach within the last three months when she wrote the review.

If you have any pumpkins inside your house, you may also have fruit flies. This trap is simple: The flies go in through the holes at the top and get stuck, unable to continue breeding and multiplying. And it’s shaped like a cute little apple, so it won’t pain you to leave it out near your pumpkin display.

Instead of trapping ants, you want to provide bait that they’ll share with the rest of the colony. These bait stations come loaded with a sweet, sugary liquid that attracts ants (this is a good thing!). They’ll come and eat it, share it with their colony, and leave a pheromone trail for the rest of the ants to follow. The active ingredient, Borax, messes with the ant’s digestive system and kills it. All you have to do is pop the top off the station and position it where you think the ants may be coming into your kitchen.