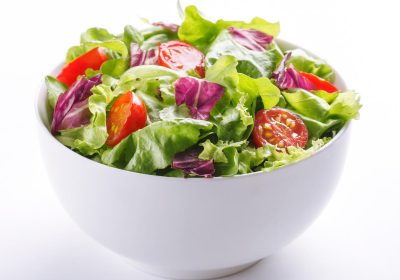 It’s after 2:30 on a busy workday, and you haven’t eaten lunch yet, nor did you plan ahead and bring anything. There’s only five minutes until your next meeting, but you know you’ll flip over a conference table out of sheer hangriness if you don’t get any food in you first. Suddenly, you spot something miraculous: a vending machine with salad in it. Convenient AND healthy, you think, but is it too good to be true?

Well, according to the New York City Health Department, the answer is “for now, yeah.” They’re putting the kibosh on vending machines that sell salads and other prepared food items that’ve been popping up in the Big Apple and other cities. Specifically, they say that “selling certain prepared foods from a vending machine can create a risk of food-borne illness,” according to an official quoted by the New York Post.

The fact that they even have to issue such a proclamation is a sign of changing times in the food world. Specifically, a Health Department inspector took issue with a vending machine operated by Farmer’s Fridge, a Chicago startup that makes food like salads, sandwiches, pasta bowls, and pretty much anything else you’d find in the refrigerated section of a Pret a Manger available for purchase with just a few taps.. Currently, they operate vending machines in 50 different cities around the country, including almost 60 across New York City hospitals, offices, and the like.

A Health Department spokesman said such companies “signal new changes to the NYC food space,” which requires the government body to “create the best enforcement structure to protect the health and safety of New Yorkers.” From the sound of it, that means that more stringent regulation of some kind is required to ensure the public that these things are safe.

According to the Post, the Health Department has stated it will require ingredients to be from approved sources, labels for packaged products, and food to be stored at 41 degrees. Additionally, Farmer’s Fridge and other similar machines will have to go through the same byzantine food service application approval process and pay the city a $280 fee, just like a restaurant would.

For their part, Farmer’s Fridge voluntarily shut down the New York-area vending machines it operates after discussions with city officials. It sounds like they’ll have every chance to get up and running again once they comply with Health Department demands. Given that the machines both automatically shut down when the temperature (checked every five minutes) gets too hot and prevent the sale of expired foods, it sounds like this is more of a speed bump on the way to lunching innovation.