Home » Everyday Meals » What Is Vermouth—and Does It Go Bad?

What Is Vermouth—and Does It Go Bad? 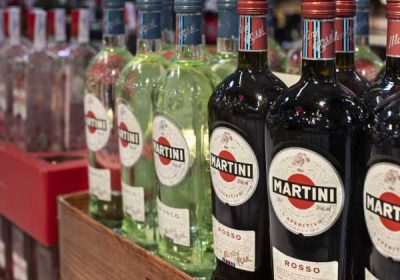 From martinis to pork chops, vermouth is useful in all sorts of recipes. Here’s everything you need to know about the classy bar cart staple:

Vermouth is an aromatized and fortified wine. Let’s break this down further: Fortified wine is a wine to which a distilled spirit has been added, while aromatized wine is infused with herbs, spices, roots, and other natural flavorings.

The beverage’s roots can be traced back to 18th-century Italy, where it was used for both medicinal purposes and as an apéritif (an alcoholic drink served before dinner).

Vermouth’s popularity rose alongside the rise of the cocktail in the late 19th century. It’s a key ingredient in many classic cocktails like the martini, the Manhattan, the negroni, and the Rob Roy.

Though it’s most commonly associated with mixology, vermouth can also be used in cooking in place of wine. It should be noted, though, that it’s more flavorful than wine and could prove overpowering in certain dishes.

There are two main types of vermouth: sweet and dry.

Sweet vermouth, which is used to make negronis, Manhattans, and vieux carrés, is also called “rosso” or “red” vermouth. However, its actual color is more of a caramel brown. Don’t be fooled by the name: Sweet vermouths don’t exactly taste like candy. Sure, there’s more sugar involved in production, but they taste more spicy and earthy than sugary sweet.

Dry vermouths, on the other hand, are very light in color. They have less sugar and more herbaceous flavor than sweet vermouths. Dry vermouth is used to make martinis.

Since vermouth is fortified wine, it lasts longer than regular wine. However, unlike wine, vermouth doesn’t get better with age. Unopened vermouth should be good for three to four years after bottling, but it’s probably best to toss it after that.

Once the bottle has been opened, you should store it in the fridge and try to finish it off within three weeks, Noilly Prat suggests.