Home » Everyday Meals » What No One Tells You About Exposing Hidden Brick&#65279;

What No One Tells You About Exposing Hidden Brick&#65279; 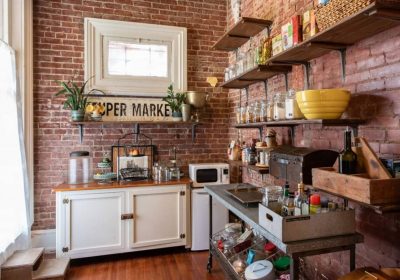 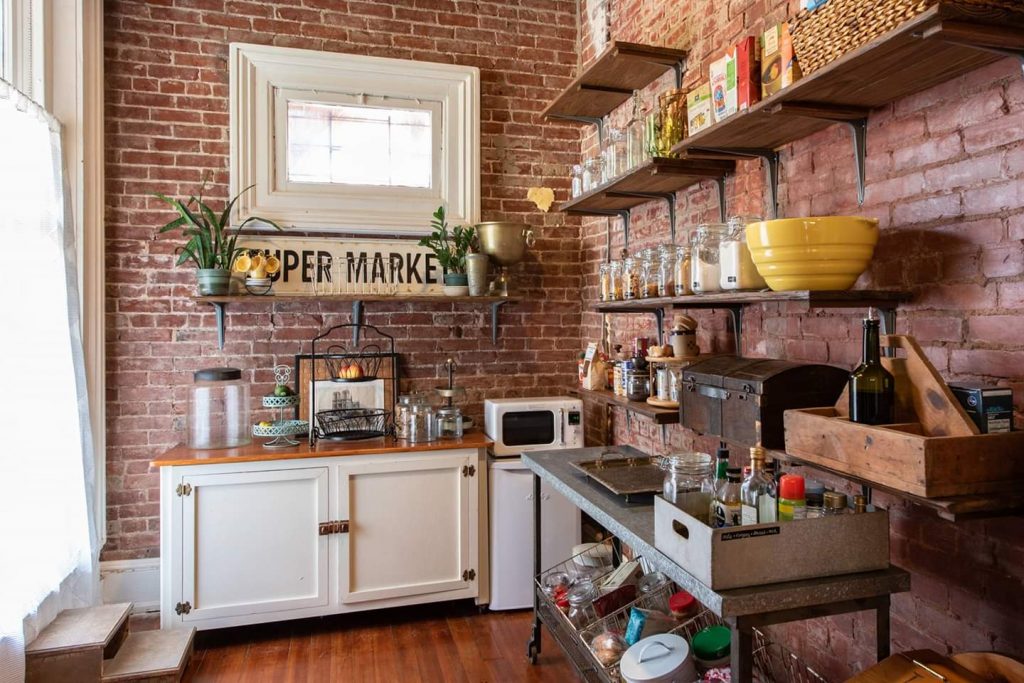 It’s hard to resist the siren call of exposing hidden brick. When you know it’s tucked away under drywall or plaster, just begging to make a big statement, you’ve just got to do it … right?

It sounds so easy when you tell friends your plans: “Yeah, we’ll just tear out the plaster and expose the brick. It’ll be amazing.” And if it were a TV show and you could fast forward to the finished product, it would totally be amazing.

But as someone who’s torn out that wall on multiple major projects, I’m here to tell you what’s left unsaid when someone blithely says they’re exposing the brick.

First, it’s a big gamble. You could take away the wall covering to find bricks and mortar in pristine shape … or falling apart and tumbling down. You really won’t know until you’re already at the point of no return.

The most recent renovation my husband and I tackled was the living quarters over the former stable behind our Victorian. Built around 1887, the little studio-style apartment was in pretty rough shape. The only way I could see it going from “ugly duckling” to “primed for Pinterest” was to … yep, expose the brick.

Demolition day is always exciting—and terrifying. The crew knocked out the crumbling, cracked plaster, and the more recent, shoddily installed drywall … and behind it? The bricks were cracked and falling out of the wall.

Luckily, the structure was still sound, according to the mason we brought in who specializes in historic homes. If the brick were from the 1950s or newer, he said, he’d recommend we tear it down and start over. But these were made to last, and just needed some TLC. 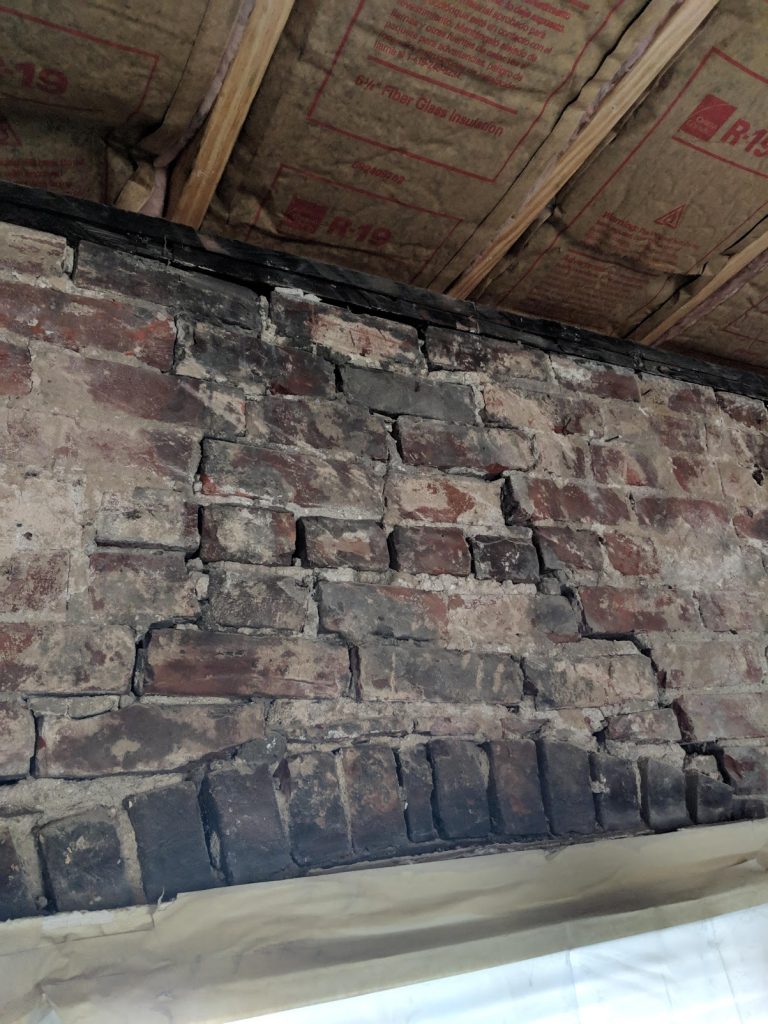 2. You could be making repairs — lots of repairs.

The first order of business was shoring up the bad bricks and mortar. You can’t use newer, off-the-shelf mortar products because they’re too hard for the soft, old brick, so we had to mix up traditional lime mortar.

It took weeks of evening and weekend work to make batch after batch of the mortar, remove the falling bricks, re-do the mortar, and replace the bricks. The alternative would have been to pay multiple thousands of dollars though, so it was worth it. 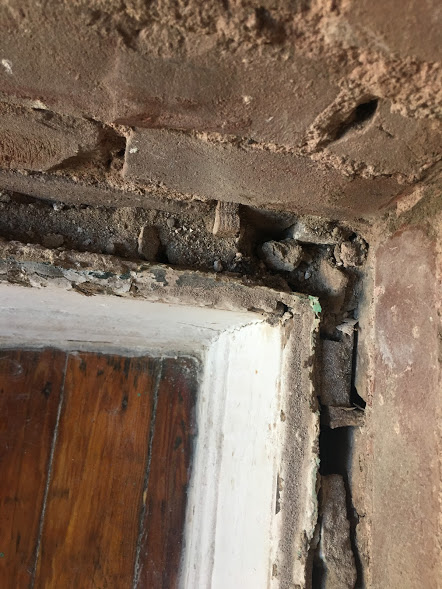 3. There could be lots of weird gaps.

Once that was (finally!) done, a whole new job waited. The thing you manage to not think about when you’re in tear-off-the-wall mode is that plaster or drywall is fairly thick. And your trim — baseboard, window trim, door trim, all of it—meets that wall surface. With that gone, guess what? There’s suddenly a significant gap along every linear inch of trim. Which is a lotta trim.

If your brick was in good shape, adding additional trim isn’t hard, necessarily, but certainly time-consuming. The cost can add up. And then, of course, it has to be painted to match the existing trim. If you’re lucky you can match it perfectly. If you’re not… well, looks like you’re painting all the existing trim, too. 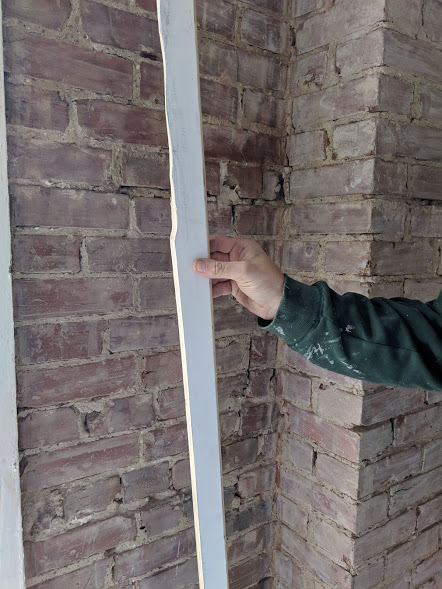 4. And lots of special trim work to do.

All of this assumes your brick was in good shape. If it wasn’t? Now every window and door frame becomes a puzzle piece. We work with a great painter/drywaller/trim carpenter who very patiently measured the weird jiggedy-jaggedy outline of the brick along every inch of trim in this space, then scribed — or cut to match — the new trim. That’s where our budget blew up. It took manyfold hours longer than it would have on simple cuts.

5. That brick was covered (at some point) for a reason.

Think you’re done? Nope. What was behind those smooth expanses of wall? All the inner workings of a house. Where once we had electrical outlets mounted flush with the wall, we now had dangling boxes and exposed wire. That wouldn’t do, so we had an electrician run all the wire through metal piping. It’s definitely an industrial look, but then again, so is exposed brick.

6. You will have lots and lots of dust.

Before you can call it a day, you’ve got to figure out how to keep all that mortar and brick dust from settling all over your floors, baseboard, and anything you mount to the wall.

We’ve experimented with a few things, and nothing has been truly failsafe. Three coats of a product called DRYLOK concrete protector does a decent job on the exposed brick wall in our home’s kitchen. But two coats does barely anything in our pantry, which is slated for another coat or two. In the carriage house, we tried something new, recommended by the mason: a water-based protectant called Sure Klean Weather Seal. I lost count of how many coats we put on with an inexpensive sealant sprayer, but it was probably three or four. It could use another couple, but we were way behind schedule so had to call it done.

Is it worth it? Yes, yes, and yes. But before you utter those four little words — let’s expose the brick — just be sure you’re prepared.

This post originally ran on Apartment Therapy. See it there: What They Don’t Tell You About Exposing Hidden Brick﻿