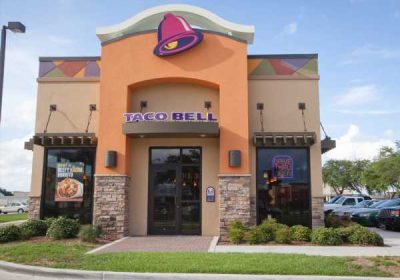 As the home of the fourth meal, visiting a Taco Bell late can sometimes feels like stepping through a portal into another universe where seemingly anything can happen. Sometimes intoxicants are involved. Sometimes the police get involved. Fittingly, this particular story involves both of those things.

Recently, an Oregonian woman was the subject of what the Washington County Sheriff’s Office said registered as the “WEIRDEST DUII [driving under the influence of intoxicants] ARREST OF THE WEEKEND.” Why? At approximately 1:20 AM on Saturday, 23-year-old Elianna Anguilar-Anguilar was trying to turn up in a Taco Bell drive-thru lane by attempting to pour some Hennessy in the mouth of the Taco Bell employee.

From my perspective, this is exactly the kind of behavior that fits the definition of Taco Bell’s “Live Mas” mentality. Unfortunately, the cops who were waiting in line right behind her didn’t really see it that way. Yup. It appears that Anguilar-Anguilar lacked the situational awareness to realize that Washington County Sheriff’s department officers also were waiting on some Taco Bell. That may explain why she ended up blowing a BAC of .12 (150% of Oregon’s legal limit), leading to an arrest.

The worst part: WSMV reports that officers spoke to the Taco Bell employee, who said most of the Henny spilled on him, and that he didn’t actually drink any of it. What a tragic waste.

So let that be a lesson to you. Never drive drunk, but especially don’t make any failed attempts to pour Hennesy through a drive-through window. If you’re gonna get behind the wheel, just load up on Baja Blast instead.