Home » Everyday Meals » You Can Officially Buy Liquor via Instagram 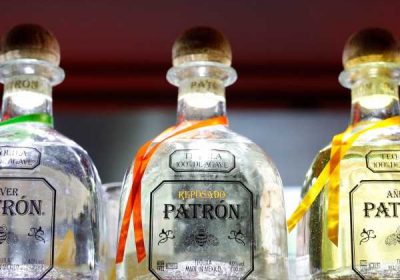 The jealousy of watching everyone else's far-more-glamorous life than yours on Instagram got you down? Don't fret. Just wait for a Patrón ad to pop up; then you can order a bottle of tequila to drown your sorrows.

Patrón announced this week that the tequila in the iconic stubby bottle has become the first liquor brand that social media users can buy on Instagram (assuming they are of legal drinking age, of course). When you see a Patrón ad between Instagram Stories, simply swipe up, and you can get the tequila delivered to 48 states across the country through a third-party service—either Drizly, Instacart, or ReserveBar.

"For us, it's really about using modern tech to tell a handcrafted story," Adrian Parker, global vice president of marketing for Patrón, told Adweek. "We're a tequila company and not a technology company. This is just the beginning, one little step into the future [of] how you'll engage with spirit brands."

Speaking of not being a tech company, Patrón had to partner with the social video commerce agency MikMak to make this campaign happen. "You want to constantly own your digital shelf; you want to optimize creative," MikMak Founder and CEO Rachel Tipograph said, discussing Patrón's campaign with Adweek. "Instagram is now becoming the new digital shelf. It's where product discovery is happening, and not just around fashion and beauty."

Patrón is going to have to get on a lot of digital shelves if it hopes to hit its new sales target: The brand is reportedly hoping for 20 percent of its sales to be digital by 2030. That's a lot of swiping up for a brand that sold 2.5 million nine-liter cases last year, according to Statista. Still, Patrón had its own big sale in 2018: The brand was acquired by Bacardi for over $5 billion. So if other Bacardi brands follow in Patrón's digital footsteps, soon you might be able to restock your entire Insta-worthy bar cart while posting a pic of your cocktail without every leaving the app.