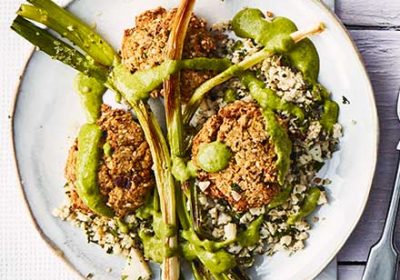 Baking powder is a raising agent that is commonly used in cake-making. It is made from an alkali…

One of the most ubiquitous herbs in British cookery, parsley is also popular in European and…

Probably the most widely-used oil in cooking, olive oil is pressed from fresh olives. It’s…

A brassica, like cabbage and broccoli, cauliflower is a mass of tiny, tightly packed flower…

There are several types of mint, each with its own subtle difference in flavour and appearance.…

Oval in shape, with a pronouced bulge on one end, lemons are one of the most versatile fruits…

Rocket is a very ‘English’ leaf, and has been used in salads since Elizabethan times. It…

Also known as tahina, this finely ground paste of husked and roasted sesame seeds is an…