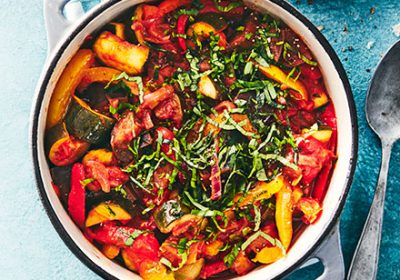 Although it’s technically a fruit (a berry, to be exact), the aubergine is used as a…

The courgette is a variety of cucurtbit, which means it’s from the same family as cucumber,…

Also known as capsicums, bell peppers, sweet peppers or by their colours, for example red and…

A member of the nightshade family (along with aubergines, peppers and chillies), tomatoes are in…

Most closely associated with Mediterranean cooking but also very prevalent in Asian food, the…

Sourdough is a method of leavening bread, based on uncooked bread dough (known as ‘mother…