9 Foods You Thought Were Vegetarian But Actually Aren't 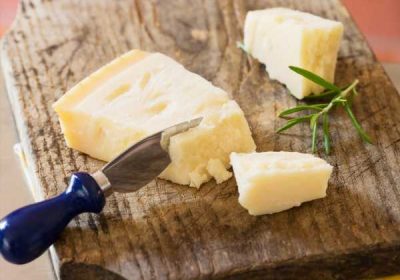 Cooking for vegetarians is an education. There are a lot of things that you would presume are vegetarian that it turns out actually aren't. Vegetarian can, of course mean different things to different people, but in this case, let's categorize it as people who do eat dairy and eggs, but avoid all meat, including fish. Of course, every person decides their own eating restrictions, so it's always better to ask, but as a rule of thumb, if you're cooking strictly vegetarian food, you'll need to avoid some things you might not think about.

You’d think that cheese is a no-brainer for your vegetarian friends, but many cheeses and most especially Parmagiano Reggiano (but also favorites like Gruyere, Pecorino, Gorgonzola and Manchego) have rinds made with calf rennet, so some vegetarians skip them. If you know your guest eats cheese, ask if they need you to source vegetable-rennet cheeses for them.

Sure, it is logical to skip an ingredient called fish sauce in your Thai or Vietnamese recipes, but did you know a major ingredient in Worcestershire sauce is anchovies? Yep. That is where the umami comes from. It's not vegetarian.

These often also have sneaky anchovies in them, so if you are buying bottled, read the label and if you are dining out, be sure to ask.

Gelatin is in so many things, from Jell-o to marshmallows to cereals (looking at you Frosted Mini Wheats and Lucky Charms), to non-fat yogurt, gummy bears,and even Altoids mints. Unless the label specifically says vegetable gelatin, it is made from calf hooves and therefore not vegetarian.

Unless your sugar is organic unbleached, it may have been processed with bone char, essentially charcoal made of animal bones, as a method of filtering and bleaching. Stick with raw unbleached sugars to be safe.

Tortillas are often made with lard. That makes them delicious, but definitely not so vegetarian friendly. Lard also sneaks into things like boxed cake mixes, pie crusts, any baked good from commercial producers (think Hostess), cornbread mix and many others.

What?!!? Yep. If the label says that isinglass was used in production? That is a fish product used for filtering. It's not vegetarian

You’d think something specifically labeled VEGETABLE soup would be vegetarian, but many use chicken or beef stock as their base. I had a pal who was addicted to French Onion soup every winter until he decided to learn to make it himself and realized that every recipe called for beef stock. Ooops.

If you don’t buy organic bananas, the pesticides they spray the fruit with are often made from crab shells, so be wary for both vegetarians and people with shellfish allergies.