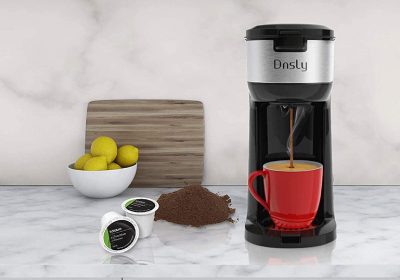 If you haven’t already heard, Amazon’s holiday gift guides are now available, and they’re filled with incredible kitchen gadgets, home essentials, and much more—perhaps too much. That’s why we’ve rounded up the best deals on kitchenware you can find this weekend during the Amazon Holiday Dash sale, including a Le Creuset cast iron grill that’s more than 40 percent off. We anticipate popular picks will sell out quickly, so be sure to fill your cart while supplies last.

Some items can arrive as soon as tomorrow with Prime shipping, and if you’re not already a member, you can sign up for a free 30-day trial. And if your kitchen is already fully stocked, then you might want to consider this sale as an opportunity to start holiday shopping early. There’s something for practically every price range, and let’s be honest: You can never go wrong with something for the kitchen.

Our list includes small kitchen appliances, like this Cuisinart griddle (“the best in the market,” according to one reviewer) and this Ninja blender, which some claim is “the only blender you’ll ever need.” There are also useful gadgets, like a vegetable chopper and an electric kettle. Prices range from $17 to $130, and each product has thousands of positive reviews to back them up. If that doesn’t convince you to shop, we don’t know what will

Read on to see nine kitchen gadgets that are highly discounted right now.