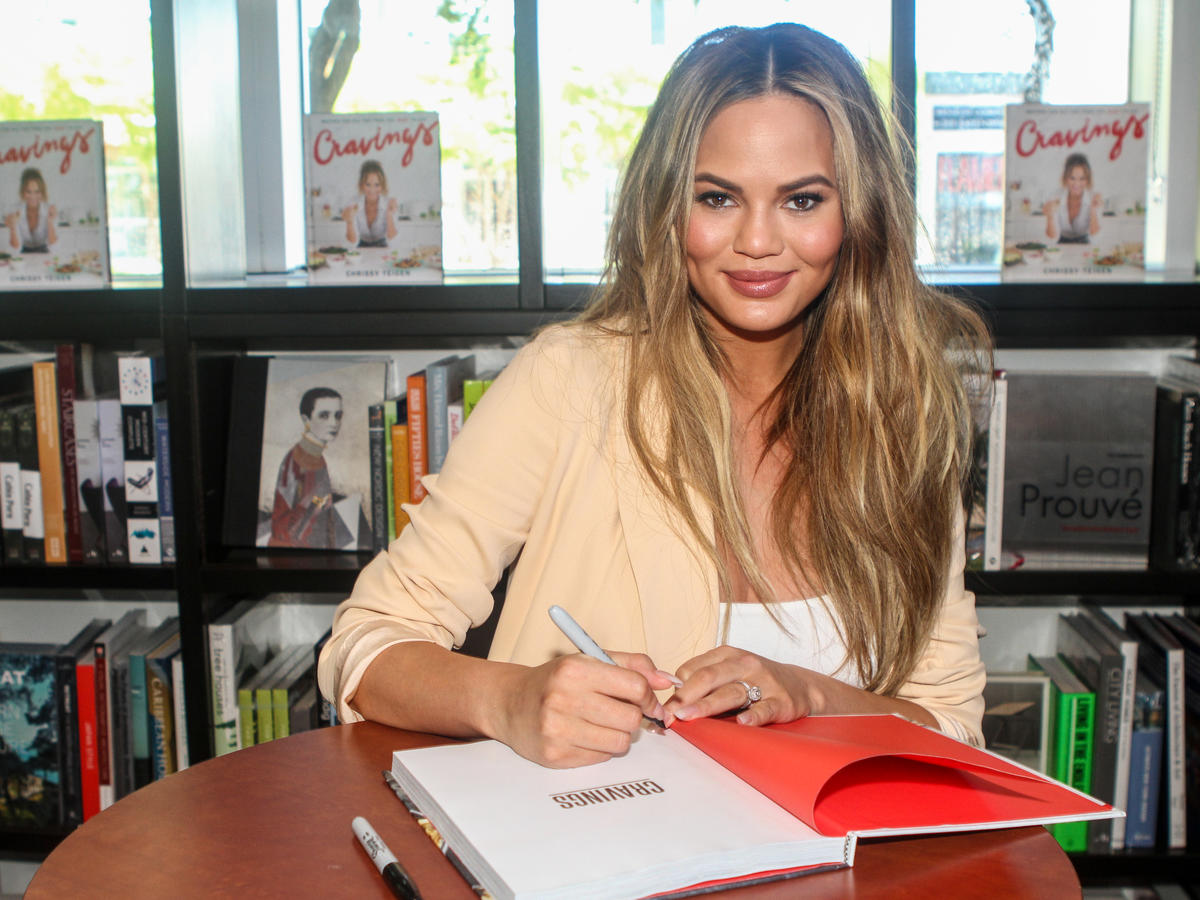 Every time I write a Chrissy Teigen-related article—because like it or not, this is a food website and she is very much part of popular food culture right now—I expect to be inundated with a barrage of angry comments.

Responses typically include, but are not limited to:

Here are my answers:

I’ve been wanting to write about how much I love Teigen’s cookbooks and kitchenware line for a while now, but have been waiting for the perfect opportunity. The news of her impending recipe website (exciting, even though it may put me out of a job) seemed like as good a reason as any.

So, without further ado, here are three reasons the haters are wrong about Chrissy Teigen:

1. Her cookbooks are filled with incredibly inventive recipes.

Cravings isn’t your run-of-the-mill, boring celebrity cookbook—and the same goes for its sequel, Cravings: Hungry for More. Teigen’s recipes are ones we haven’t seen over and over and, in 2019, that’s saying something. But best of all, her recipes are approachable. I mean, take her Jalapeño Parmesan-Crusted Grilled Cheese for example. It’s simple and classic, but somehow refreshingly new.

2. Her Target kitchenware line is shockingly well-made and affordable.

I’ve said it once and I’ll say it again: Teigen’s Santoku knife is great, and shockingly inexpensive at $14.99. But don’t take it from me, take it from any of the 58 people who gave it a five-star review on Target’s website. Just to be clear, only 66 people reviewed this thing and only seven of them gave it less than five stars. Of those seven, five gave it four stars. That’s only two people who didn’t like this knife.

“This knife is amazing and I use it for anything and everything,” said one (very correct) reviewer. “It has a nice weight to it and feels for high quality for the price. I want to get one for everyone I know!”

The rest of her line is just as great. One person even compared her Dutch oven to (gasp!) Le Creuset.

“My Le Creuset Dutch oven was laid waste a few years ago,” they wrote. “I wanted another one but couldn’t afford it. This was a more than acceptable replacement at a fraction of the cost. I love it!”

Her culinary prowess aside, Chrissy Teigen is one of the realest and most business-savvy people in Hollywood. She’s got a beautiful family, a super successful brand, and a poppin’ Twitter account. Sorry, haters.