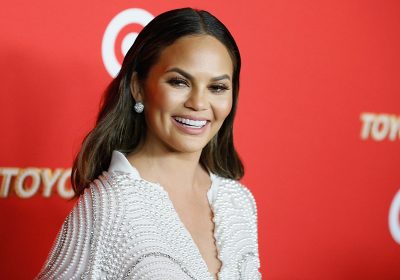 We can always count on Chrissy Teigen to keep it real on social media. From talking about her new cookbook to shutting down mommy-shamers, no topic is off limits — including her weight.

While most celebrity moms unrealistically snap back in a matter of weeks after giving birth, Chrissy is not afraid to speak out about her new post-pregnancy figure. On Saturday, in a Twitter thread, Teigen answers a commonly-asked fan question: “How do you eat like this?”

Teigen broke it down for us by tweeting, “Basically I am 20 pounds heavier than I was before miles. he’s 10 months old, I never lost the last bit because I just love food too much. Just coming to terms with my new normal, when I had this certain number for so long!”

The mom of two first addressed her battle with postpartum depression in an essay for Glamour in 2017. “When I wasn’t in the studio, I never left the house. I mean, never. Not even a tiptoe outside,” she wrote. “I’d ask people who came inside why they were wet. Was it raining? How would I know—I had every shade closed.”

“Most days were spent on the exact same spot on the couch and rarely would I muster up the energy to make it upstairs for bed. John would sleep on the couch with me, sometimes four nights in a row. I started keeping robes and comfy clothes in the pantry so I wouldn’t have to go upstairs when John went to work. There was a lot of spontaneous crying.”

these are my kids. honestly so tired of thinking of captions

Chrissy’s honesty about her weight and former depression sparked a conversation among moms who related to one another’s struggles on social media. “PPD is the worst. And I actually remember reading about your experience when I was right in the middle of mine,” wrote one user. “I didn’t know you at the time, but somehow it helped me.”

Just another reminder that celebrities aren’t superhuman, despite what their Instagram grids may suggest.